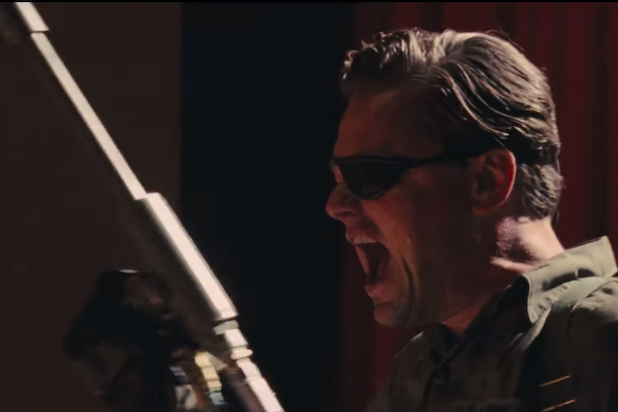 Once upon a time in Iowa — specifically, on Sunday — a man was arrested for attacking another moviegoer for using his cellphone during a screening of “Once Upon a Time… in Hollywood.”

Yoga instructor Nicholas Glasgow was taken in this weekend on assault and criminal mischief charges for the September 2019 incident, according to court documents obtained by TheSmokingGun.com on Monday.

Per the court filing, the 34-year-old initially complained to theater employees and “demanded they speak to the victim about his phone usage.” Glasgow then said the employees needed to “take care of it or I would.”

After the movie, Glasgow “approached the victim and his friend and demanded they apologize for ruining the film” by using their cellphones, according to the court documents. He then proceeded to act out his own personal scene from a Quentin Tarantino film by striking the victim in the face with a closed-hand fist, per the filing. The fight escalated from there, with Glasgow kicking the victim while he was on the ground.

Ultimately, the victim suffered a cut to his head, “swelling, soreness, and redness to his face, and had his eyeglasses broken from the assault,” according to police.

The fight took place back in September, but an arrest warrant wasn’t issued until Friday. Glasgow was released on Monday morning from Johnson County jail, where he was booked on misdemeanor charges a day earlier.”

Earlier on Monday, the film — starring Leonardo DiCaprio and Brad Pitt — was nominated for 10 Academy Awards, including “Best Picture.”