“One Day at a Time” Season 4 has faced quite a few obstacles on its way to the screen– suffering cancelation at Netflix and month of limbo before finally getting picked up — but the highly anticipated season is finally set to premiere, against all odds, on its new home Pop TV on Tuesday.

“It was really just a celebration,” co-creator Gloria Calderon Kellett said of returning to work on Season 4 in an interview with TheWrap. “It felt like a reunion, you know, it was really just nice to see one another and have the opportunity to tell more stories about the family.”

“It’s always so unlikely that any save our show campaign’s gonna work,” added Royce. “And so when it did, it was like, I mean it was like a miracle.”

To hear Kellett and Royce tell it, getting to work on Season 4 was very much business as usual. The new episodes are a little bit shorter than they were on Netflix and they now have to accommodate act breaks, but Pop had little interest in changing the show from what made the first three seasons so beloved, so writing the new season was a matter of simply building on what came before.

“We’ve really set up so much with the first three seasons so we have a lot to already pay off just given the ages of the characters, what’s happening to them based on Season 3,” Kellett said. “So it just kind of wrote itself. Mike and I came in with ideas as we always do, but this season was very quick to break. It was like the characters were dying to say stuff.” 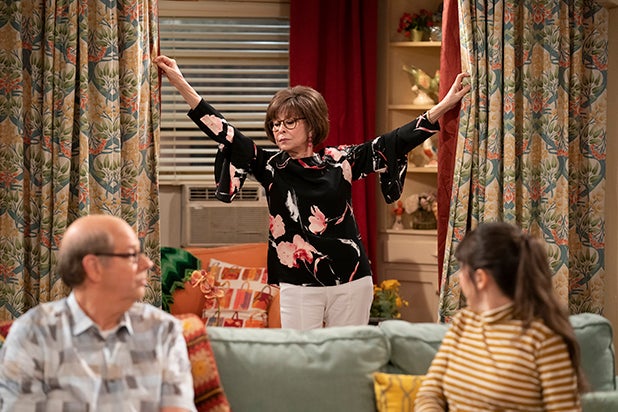 The first episode of the new season opens with a guest appearance by Ray Romano as a census taker who visits the apartment seeking information about the family who lives there and gets way more than he bargained for. The moment serves as a crash course introduction to the Alvarez family for any new fans discovering the show on Pop, but it also serves as a sly nod to Royce’s work on “Everybody Loves Raymond,” a traditional sitcom built around the confines of linear television.

“You know, that’s where both of us come from,” Royce said. “That kind of structure. She did ‘How I Met Your Mother’, and I was on ‘Raymond.’ Sometimes there’s just nothing more satisfying than a having big turn in the story and then going to commercial so you’ve got to come back and see what happened.”

Also Read: 'One Day at a Time' on Pop TV Will Have to Sacrifice That Catchy Theme Song (Video)

From there the episode delves into Penelope’s struggle to reconcile her independence as a successful single mother with her desire for a partner. Reporting her singledom to the U.S. government kicks off a mini-crisis in Penelope, which eventually leads her to seek out an old flame.

“We wanted to explore what happens when you kind of lived your life dreams. She’s now a nurse practitioner, which is something she’s always wanted. Her children are doing well and getting ready for college. Like, she does have to think of the future, what is next for me?” Kellett said. “And just because she’s okay on her own doesn’t necessarily mean that she doesn’t still want to kiss a cute boy.” 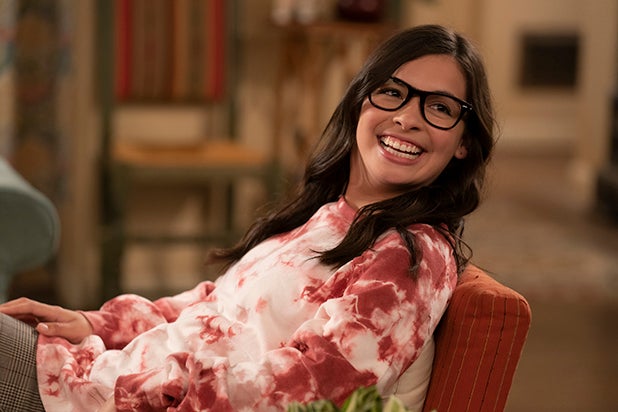 That storyline will carry throughout the season, but it won’t be the season’s only ongoing thread. Early on Syd and Elena realize that the clock is ticking on their time together, with graduation fast approaching and Elena ready to pack her bags to Yale. Another episode sees bring home a girlfriend, which causes predictable consternation among certain segments of the family.

Other episodes deal with Penelope’s fraught relationship with money and one extremely awkward challenge Alex faces as a teenage boy living in a house full of women. Royce and Kellett also teased a Halloween episode to air later this spring (“We figured our fans wouldn’t care,” Kellett said.), an episode that takes place entirely on the roof, and one where you find out exactly what happened to Lydia and her family in Cuba.

Also Read: Is Pop TV Getting Out of the Scripted TV Business?

Of course, much of this depends on how the coronavirus pandemic affects the show going forward. Only six episodes were filmed before the pandemic forced the mass shutdown of film and TV production across the globe. The last two episodes were shot without a live studio audience as a precaution.

“The cast is so good now,” Royce said. “They know their characters so well. They know the rhythm of the show. Everybody knows what they’re doing so they can act as though an audience is there. It’s of course not ideal, but they don’t really lose a step. It’s, you know, it’s a temporary situation that kind of has to occur when there’s not an audience there.”

But the writers are still working remotely and the cast recently put together a video of their characters video chatting with Schneider from quarantine. “Hey, we’ll all be back together soon,” he says in the clip. 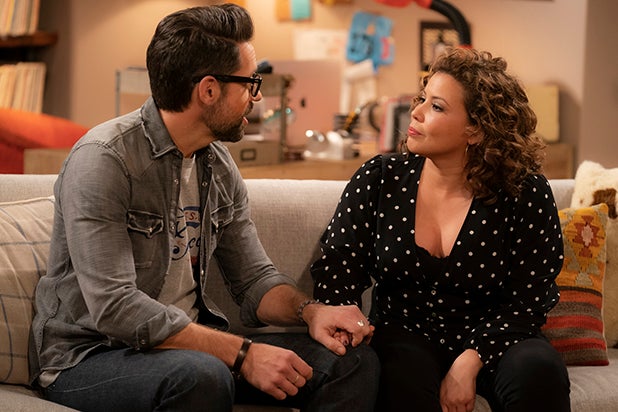