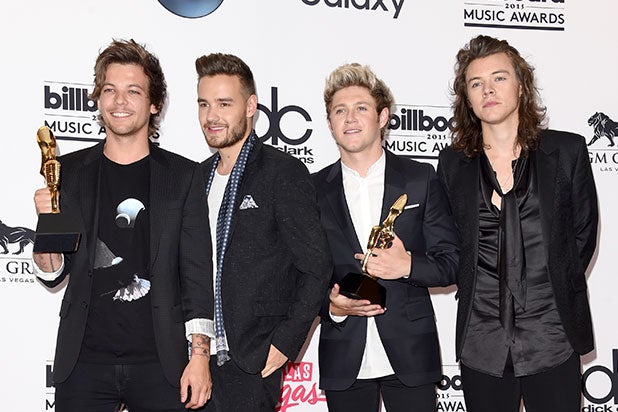 “Drag Me Down,” which fans can find on Spotify and iTunes, comes two days after Malik signed to RCA Records as a solo artist following his departure from the boy band in March. The pop star dropped the news via Twitter on Wednesday, writing that he will now be able to show fans “who I really am!”

Finally we get to say this ! have waited a long time but our new single Drag Me Down is out !!! http://t.co/ZNONKQKXqd

We wanted you guys to have our new single first so here it is! http://t.co/Nnp8jrBnEg

Thank you for all your constant support. Hopefully you love it , we’re proud of it 🙂 — Louis Tomlinson (@Louis_Tomlinson) July 31, 2015

Bit of a surprise ! Check out our new single! It’s called Drag Me Down & I hope you love it as much as we do https://t.co/HPJn2Kij5M

One Direction has been making headlines in recent months after Malik and Tomlinson were publicly feuding on social media, and then news broke that Tomlinson was going to have a baby with Briana Jungworth.

Although there has been speculation that Malik might return to boy band managed by Simon Cowell, it doesn’t seem likely.

Also Read: Zayn Malik Is Not Returning to One Direction, Insiders Say

Listen to the new song below.