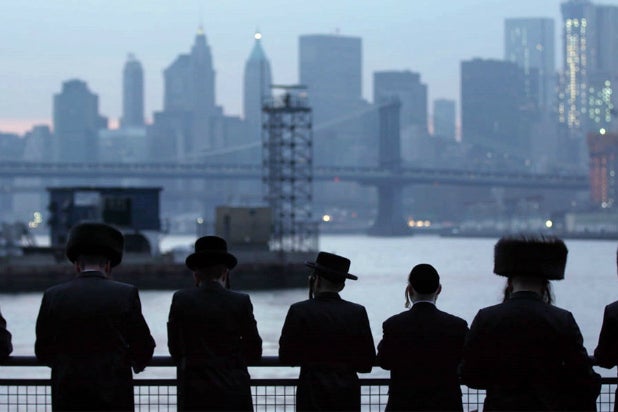 The biggest issue facing the modern documentary is that there are too many documentaries. This complaint may sound silly or prosaic, but it’s true.

Since its creation, the format has never been in such high demand. On streaming services, from Netflix to Amazon Prime to Hulu, documentaries are often the most played and downloaded. The audience is there, and so are the films. Complaining about an embarrassment of riches can only take you so far. The point is: where there’s endless choice, there’s endless mediocrity. Worthwhile stories that are hurried and unfocused, made by people with good intentions but not-so-good execution.

This is where directors Heidi Ewing and Rachel Grady stray from the pack. Responsible for films like “Jesus Camp” and “Detropia,” the directing duo have a knack for presenting lives as they are: rich, complex, idiosyncratic. With “One of Us,” their sixth collaboration — premiering on Netflix Oct. 20 — they’ve turned their focus to the lives of three people who have chosen to leave the world of Hasidic Judaism. These three subjects are wildly different from one another; what binds them together is their shared fear of alienation.

There is Etty, a strong mother of seven, who has dealing with the fallout of violent, unseemly divorce. Then there is Ari, a bright and uncharacteristically warm teenager who’s grappling with his own problems with addiction. Lastly, there is Luzer, a burgeoning actor whose transition into the secular world has not been an easy one.

Ewing and Grady share a few gifts as filmmakers. Throughout the duo’s evolving body of work, they’ve figured out how to foster trust with their subjects. Part of this has to do with their insistence on limiting how many crew members are on set. Often times, the room will include the subject, Ewing or Grady (they rarely shoot a scene together), and the DP. This information may seem ancillary, but it’s vital to how something like “One of Us” comes together.

There’s intimacy on screen that other documentaries only dream of creating. Together Ewing and Grady strike the perfect balance between informal, fly-on-the-wall chatter, and rigorous, journalistic questioning. They appear to be direct aesthetic descendants of Errol Morris.

“One of Us” also benefits from a genuine visual language. The composition is not rushed. There’s been serious consideration for how an image is going to look. Frequently, cinematographers Alex Takats and Jenni Morello will frame a scene in ingeniously creative ways. Throughout there are layered shots where two people are talking, but only one can be seen. The other is tucked away, or hidden behind a door. Takats and Morello make it seem like we’re watching something we’re not supposed to.

It’s this clandestine approach that makes some of “One of Us” especially thrilling when it’s not intimately focusing on the heart of what’s being said. Avoiding the standard shot-reverse-shot technique, the filmmakers decide to have a camera oscillate back and forth from person to person — except that the individual talking is rarely who we see in the frame. Instead, they focus on the subject receiving information. It’s a small technical move, but it’s significant, capturing the intricacies of an interaction. The gestures, the facial tics, the moans, sighs, and hand movements. A face can say everything.

Unlike some of their peers, Ewing and Grady don’t let their style overrun the film’s substance. “One of Us” is first and foremost a heart-wrenching account of three lives, lost and scared and searching for repair. The film shows us how painful it can be to turn your back on all that you once knew. All that seemed familiar and comfortable and regenerating, and just how quickly good things can transmute into bad ones.

The directors don’t look at these individuals from a distance, either with despair or sympathy. There’s human empathy, because of course there is: Ewing and Grady have routinely demonstrated curiosity; it’s what fuels their life’s work. May it continue to do so.