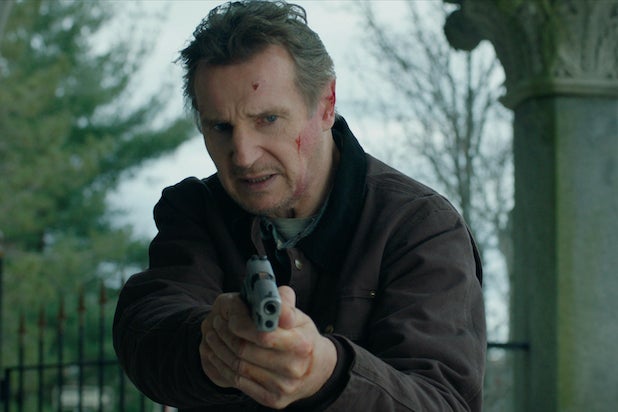 Open Road Films is relaunching its film operations after it was acquired by Raven Capital Management in 2018, and the distribution label is kicking things off at the Cannes Virtual Market with plans to release a Liam Neeson thriller called “Honest Thief.”

Mark Williams directs “Honest Thief,” and the film will be released theatrically later this summer.

Also Read: Liam Neeson's 'Made in Italy' Lands at IFC

“Theatrical distribution has been in the works for us for a while,” Masciello said in a statement. “It is a natural extension of the single picture and post theatrical distribution capabilities that we’ve been building out for the better part of a decade. We’re not naïve to the impact of the COVID-19 pandemic. It has and will continue to create unique challenges, but the cinematic experience is not going away, and challenges create opportunity. Across all industries, Raven has built its platform brick by brick with a focus on sustainability over scalability. In doing so, we are well positioned to manage through uncertain times. We’re happy to be in business with Tom, someone I deeply respect and whose experience will be invaluable.”

“It’s an honor and pleasure to be working with James and everyone at Raven to relaunch Open Road Films. We will continue the Open Road tradition of quality, commercially viable motion pictures and I look forward to many successes together,” Ortenberg said in a statement.

Raven and Sculptor, in partnership with Zero Gravity Management, recently completed production on “The Marksman,” also starring Liam Neeson, and directed by Rob Lorenz. Raven has actually been quietly active dating back to 2012 and has several film and television projects in development.

Raven’s purchase of Open Road Films in December 2018 included the rights to 45 released film titles, as well as related distribution contracts and other assets, including the Best Picture winner “Spotlight” and films such as “Chef,” “Dope,” “End of Watch” “Nightcrawler” and “The Grey.”

Over the last 18 months, Raven has been managing library licensing and monetization across all ancillary windows on Open Road legacy properties. Open Road was the second major film library acquisition for Raven, having acquired the 400+ title Exclusive Media Group library with Andrea Iervolino and Lady Monika Bacardi’s AMBI Distribution in 2015.