Jon Favreau fielded several routine questions about "Iron Man 2" as he walked the red carpet for the SXSW opening-night film "I Love You, Man" Friday night at Austin’s Paramount theater. Favreau co-stars in the conventional "bromance" with Paul Rudd and Jason Segel. 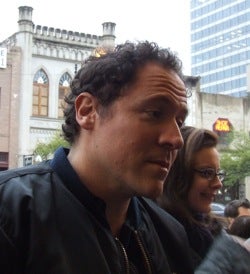 However, the actor-director mainly wanted to talk about his affection for the festival, where he attended with his independent feature "Made" several years back. And he returned to Austin with "Zathura" for the city’s genre-centric Fantastic Fest in 2005.

As he chatted with press on his way into the movie, dozens of teenage girls shrieked at the arrival of Segel and Rudd in a nearby car.

The lavish scene illustrated one end of the spectrum of SXSW’s film festival. The other could be found a few blocks down and several hours later at the Alamo Drafthouse, where veteran filmmmaker Ron Mann unveiled his strangely disjointed documentary, "Know Your Mushrooms," a survey of the hippies who gather for annual mushroom hunting in Telluride.

The movie bounces around from discussions of psychedelia to scientific factoids about the ways mushrooms enhance society, limiting its appeal — and placing it a world apart from "I Love You, Man."

Before the screening, Mann mentioned that the film had been banned by the University of Ontario because they thought it promoted the use of psychedelic drugs. The director, a board member of the National Organization for the Reform of Marijuana Laws (NORML), insisted it contained "only 20 minutes" of conversations about illicit substances, but the audience didn’t seem to mind –they applauded when he mentioned NORML.

So it goes for at least one aspect of the demographic that turns out for SXSW each year.