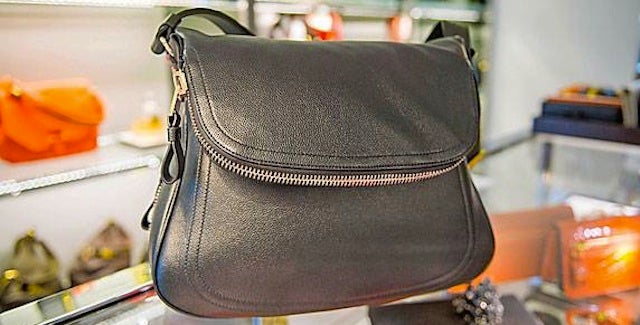 The woman Oprah Winfrey claims refused to show her an expensive bag in a Swiss boutique because she thought Winfrey wouldn't be able to afford it is fighting back.

As TheWrap first reported, the media mogul told Larry King that she experienced racism in a Zurich boutique when a clerk refused to show her a bag because she didn't think billionaire Winfrey would be able to afford it. Winfrey assumed the color of her skin was a motivating factor in that decision.

Even Switzerland apologized for the incident, its tourism office tweeting that it was "fuming" and the clerk "acted terribly wrong."

Now it's time for the clerk's side of the story. "Adriana N.," who didn't want to give Swiss paper SonntagsBlick her real name, told the German-language publication that Winfrey and a "friend" (who may have just been a bodyguard, she's not sure) came to the store on July 20. Adriana N. then showed Winfrey some bags from the Jennifer Aniston line, which are "very popular." Adriana N. admitted that she did not know who Winfrey was at the time.

But Winfrey has expensive taste, so she asked about the $38,000 bag. Adriana N. told her that bag was just like the one she was currently showing her, except that it was "much more expensive." Adriana N. did offer to show her the expensive bag, but says that Winfrey and her friend/bodyguard left the boutique shortly afterwards.

Asked if she refused to show Winfrey the bag because of its price tag and the color of Winfrey's skin, Adriana N. replied: "This is absolutely not true!" and "This is absurd. I would never say something like that to a customer. Really not! Good manners and politeness are essential in this business."

She denied being racist, explaining "I'm Italian. Why should I discriminate against someone because of his origin? That makes no sense!"

Adriana N. also pointed out that if Winfrey was as upset about the incident as she claims, she could have taken it up with her boss, who was at the same wedding Winfrey attended in Zurich.

Though the incident has kept Adriana N. awake for days, feeling like she is in a "cyclone" and "powerless" in the face of the "so powerful" Winfrey, she's willing to chalk the entire matter up to a simple misunderstanding. Adriana N.'s English is only "OK but not excellent," and she thinks that could have been a contributing factor to the debacle.

"I did not intentionally insult Ms. Winfrey," Adriana N. said. "I hope this nightmare is soon to end."