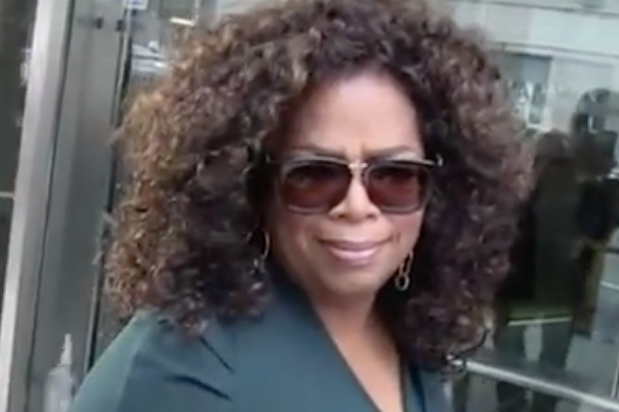 Memo to T.I.: Be careful what you say, Oprah Winfrey is watching.

The queen of all media had choice words for the rapper, who ignited a social media firestorm Tuesday after saying he would not vote for Hillary Clinton because women are too “emotional.”

“I want to say, ‘Honey child, hush your mouth!'” Winfrey told TMZ. “You don’t know what you’re talking about.”

The rapper, whose real name is Clifford Harris, got into hot water when he told D.J. Whoo Kid during an interview, “Not to be sexist but, I can’t vote for the leader of the free world to be a woman.”

He went on to say, “I just know that women make rash decisions emotionally — they make very permanent, cemented decisions — and then later, it’s kind of like it didn’t happen, or they didn’t mean for it to happen. And I sure would hate to just set off a nuke.”

has since apologized for his remarks, tweeting, “My comments about women running for president were unequivocally insensitive and wrong. I sincerely apologize to everyone I offended.”

When asked what she thought of his apology, Winfrey said she wasn’t buying it, “Are you kidding?”

Interestingly, Winfrey didn’t even believe the TMZ photographer when he first told her what T.I. said. The look on her face when she finally realized the photog wasn’t joking is priceless.