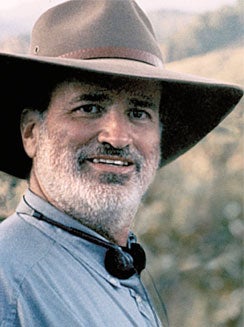 Optimum Releasing, a subsidiary of StudioCanal, has acquired nine films by the likes of Terrence Malick and Luc Besson, the distributor announced on Thursday. Terms of the deals were not disclosed, but many of the films come with an impressive roster of talent and cover a diverse range of genres. Optimum has previously had success releasing such critically acclaimed films as "The Wrestler," "Vicky Christina Barcelona," and "The Hurt Locker."

Here’s a quick look at the projects Optimum snapped up:

- "The Extraordinary Adventures of Adele Blanc-Sec": Luc Besson’s fantasy action adventure is scheduled to open in France in mid April. Set in early twentieth century Paris, the film tells the story of a popular novelist/detective and her dealings with would-be suitors, the cops, dinosaurs, and other distractions.

- "True Legend": Action/martial arts adventure from Yuen Woo Ping (best known for his fight choreography work on the "Matrix Trilogy," "Kill Bill 1 and 2," and "Crouching Tiger, Hidden Dragon"). The film stars Wenzhou Zhao, Xun Zhou, Andy On, Xiaodong Guo, Cung Lee, David Carradine, Jay Chou, Gordon Liu, and Michelle Yeoh. Su Qi-Er, a wealthy man living during the Qing Dynasty, loses his fortune and reputation as a result of a conspiracy against him. After being forced out onto the streets, Su dedicates his life to martial arts and re-emerges as a patriotic hero known as the "King of Beggars”.

-"Dog Pound": Prison drama directed by Kim Chapiron will have its world premiere at the Tribeca Film Festival.

-"Sarah’s Key": Based on Tatiana de Rosnay’s best-selling novel, this drama stars Kristin Scott Thomas, Melusine Mayance, Niels Arestrup, and Aidan Quinn. The film is currently in post-production and set for a French release in October.

-"Julia’s Eyes": Directed and co-written by Guillem Morales ("The Uninvited Guest"), and produced by Guillermo del Toro, this Spanish language psychological drama/thriller is currently in post-production.

-"The Revelation of the Pyramids": Patrice Pooyard’s documentary explores the archeological mysteries of the pyramids.

-"L’Amour Fou": Pierre Thoretton’s documentary examines the relationship between Yves Saint Laurent and his life companion Pierre Bergé. The film follows Bergé as he decides to sell their private art collection after the couturier’s death.