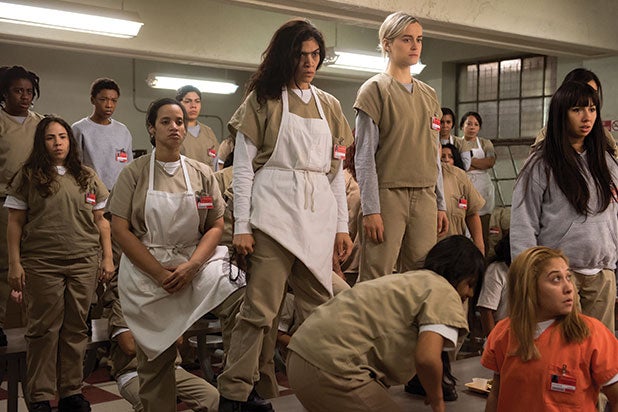 A lot of people tuned in to “Orange Is the New Black” over its 72-hour opening weekend: 7.179 million adults to be exact.

At least, that’s the number Symphony Advanced Media (SAM) tallied up, before giving its report exclusively to TheWrap.

The strong sum is certainly nothing to sneeze at, though those eyeballs can’t hold a candle to what fellow Netflix series “Fuller House” hauled in over its own debut weekend. Per Symphony, the “Full House” sequel scored 8.793 million streams among those 18+ in its first three days.

To be fair to “OITNB,” this is the fourth season we’re talking about, and few (if any) series have enjoyed as much anticipation this year as the Tanner Family reunion did. Plus, “Fuller House” is a half-hour show to “Orange’s” full hour investment.

We don’t have comparable Season 3 statistics for “Orange,” frankly because SAM is just too young a company to have comprehensively measured the previous episode dump. Plus, Netflix infamously keeps its own streaming ratings private from everyone outside of the company. TheWrap reached out to the streaming service for comment on this story, but our request was not immediately returned.

However, we can report that this 72-hour “OITNB” period beat everything else Symphony compiled on Netflix: “Daredevil” Season 2, “House of Cards” Season 4, “Jessica Jones” Season 1, etc. As a matter of fact, “Daredevil” was the only Netflix show (aside from “Fuller House,” obviously) that “Orange” didn’t at least double — and the Taylor Schilling series was damn close to making it a clean sweep.

That said, others in the industry have endorsed the Nielsen alternative, including NBC TV Ratings guru Alan Wurtzel.

Below is a comprehensive look at what Symphony calls its Live + 2 Day average audience numbers for recent Netflix, Hulu and Amazon series. It’s worth mentioning than ordinarily we use the term “total viewers” to mean anyone over 2 years old measured by Nielsen. Meanwhile, Symphony counts those 18 years of age and above. 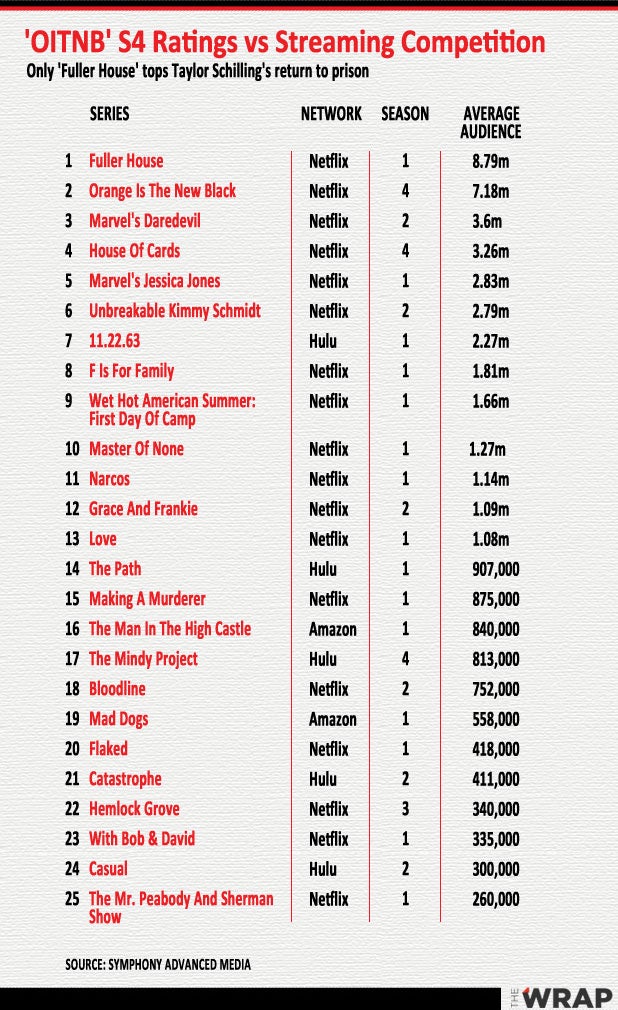 "Orange Is the New Black" returns to Netflix on Friday, and ahead of the highly-anticipated Season 4 streaming debut, the cast gathered at the SVA theater in New York City on Thursday to celebrate the show. These red carpet looks are much more glamorous than those prison jumpsuits, right?