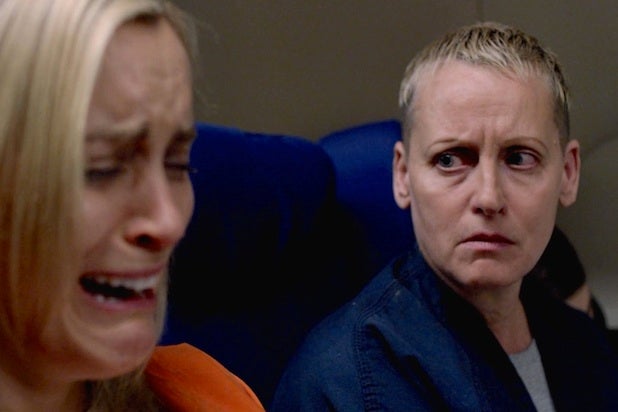 Taylor Schilling‘s Piper may have one new prison buddy on the upcoming third season of Netflix’s “Orange Is the New Black.”

Lori Petty will reprise the role of Lolly on the prison-set series, an individual close to production told TheWrap.

“OITNB” fans will remember Petty’s Lolly from the second season premiere episode in which Piper finds herself being transported to an unknown place via bus and then plane. Lolly is the person she chooses to sit next amid a motley crew of choices on the plane.

Petty is best known for roles opposite Madonna and Rosie O’Donnell in the film “A League of Their Own,” “Point Break” with Keanu Reeves and Patrick Swayze, and in the titular role on “Tank Girl,” among many more film roles.

She has also held several recurring roles on television shows, including “The Cleaner,” “Prison Break” and “House.”

EW was the first to report Petty’s return.