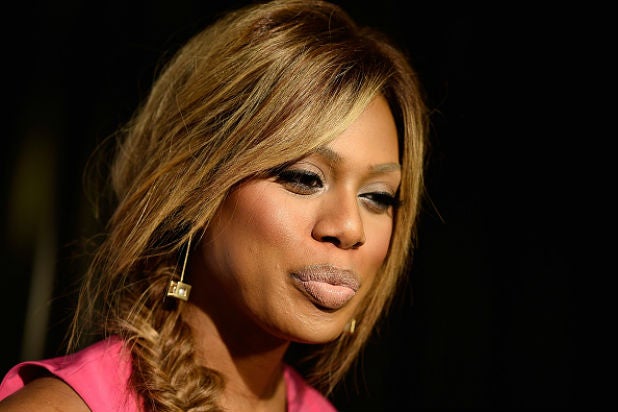 “Orange Is the New Black” star and transgender advocate Laverne Cox found a fight scene her character has in Season 3 of the Netflix show to be deeply disturbing. “It was deeply triggering for me,” she said.

“I was in tears. I was on a plane and I was just in tears reading it,” Cox, who plays transgender prisoner Sophia Burset, told TheWrap. “It was really emotional for me.”

In this season, another inmate spreads a rumor that Sophia has not undergone gender confirmation surgery and still has male sex organs. She is eventually attacked by three other inmates.

“I was worried because violence is such a huge issue in our community,” Cox said. “The National Coalition for Anti-Violence Programs just released their annual report on violence against the LGBTQ and HIV-affected communities and violence against trans people is up 13 percent from last year’s report.”

Nevertheless, Cox felt the story was an important one to tell as it highlighted major issues in society. “Speculation about trans peoples’ bodies is an unfortunate reality and I’ve said for years I wish we could move past bodies when we talk about or have discussions with and about transgender people,” she said. “It’s about our hearts and our souls.”

Cox went on to say that she hopes the episode will inspire change. “I hope really with this episode that it sparks conversation about systemic changes that need to happen in prisons and our society in general around ending violence against trans people.”

She also had nothing but praise for series creator Jenji Kohan and her costars. “I’m so proud of this season. I think Jenji just knocked it out of the park. Everyone’s taking it to another level and I’m just really really proud of this work.”