When the rough-hewn crime drama “Gomorra” failed to get a nomination last year, it marked a rare Oscar setback for Italy, which has been the most successful country over the 60-plus years during which the Academy has honored foreign-language films.

To be fair, France holds the record for the most nominations, with 34. But France has nine wins; Italy, with 29 nominations, has won 10 competitive Oscars, plus three special awards in the years before the category was officially added. (Granted, director Federico Fellini may have skewed the numbers a bit, since four of the winning Italian films were his.) 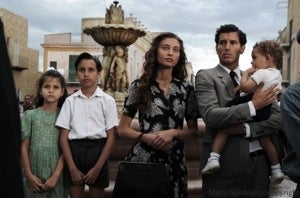 The Italian film community wasn’t doing much gloating about this at Le Merigot Hotel in Santa Monica on Monday night, when filmmakers kicked off a weeklong event, “Cinema Italian Style 2009,” in which about a dozen new Italian films will be screened at the Egyptian and Aero Theaters.

“This is really the only series of its kind that focuses on current Italian cinema,” said Lamberto Mancini, the general manager of Cinecitta Studios, the fabled Italian facility that will soon be depicted in the Rob Marshall movie “Nine.” “There are other series that show Italian films, but they all look to the past.”

At the Oscars, the current state of Italian film will be represented by “Baaria,” a generations-spanning epic from director Giuseppe Tornatore, whose “Cinema Paradiso” won the foreign-language Oscar in 1989. A controversial choice, “Baaria” was not as favorably reviewed as Marco Bellocchio’s “Vincere” – but Mancini admitted that Italy learned its lesson with the failure of “Gomorra,” and went with a film more likely to be embraced by the often-conservative foreign-language Oscar voters.

“Baaria” will screen tonight at the Egyptian Theater in Hollywood, launching seven days of screenings of new Italian films; most will take place at the Aero in Santa Monica, and most will have the filmmakers in attendance.

At the same time, the Italian Cultural Institute will host a show of photographs by Douglas Kirkland, “Homage to Classic Italian Cinema,” in which contemporary Italian actors recreate 25 famous scenes from celebrated Italian films.