A version of this story about Elsa Zylberstein  first appeared in the “Dark Horses We Love” feature in The Race Begins issue of TheWrap’s Oscar magazine.

She may be the darkest of dark horses, the star of a small French romance whose Oscar-qualifying run took place in the furthest reaches of Los Angeles County.

But Elsa Zylberstein and “Un Plus Une” are eminently worthy of attention–just ask Quentin Tarantino, a huge fan of the gentle, understated love story from director Claude Lelouch (who directed the Oscar-winning “A Man and a Woman” 50 years ago).

“Quentin kept sending me amazing emails telling me how much he loves it,” said Zylberstein. “I was so thrilled that someone like him, who is so passionate about cinema, adored our film.” 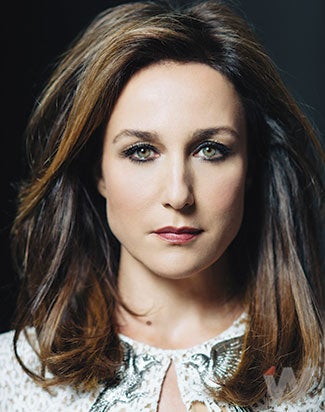 “Un Plus Une” was cooked up by Zylberstein and co-star Jean Dujardin on a plane from Paris to Los Angeles in 2013, when Dujardin was coming to town to present at the Oscars a year after winning Best Actor for “The Artist.” She and Dujardin knew each, other, though not well, but they ended up sitting together for the long flight.

“We spoke for five hours, we had dinner, we drank, we dreamt about films,” she said. “And suddenly we said, ‘What about doing a film together? That would be fantastic! What about Claude Lelouch?’ And when I mentioned Claude, Jean started playing the music from ‘Un Homme qui me plait’ [a 1969 Lelouch film with Jean-Paul Belmondo and Annie Girardot] on his phone.”

They called the director immediately after they landed to pitch him on the idea of doing a romance about two characters far from home who fall in love despite the fact that both are in relationships. Three weeks later, they met with the writer-director in Paris, and Lelouch already had the beginning of the story.

“It was almost like the beginning of a Claude Lelouch film,” Zylberstein said with a laugh. 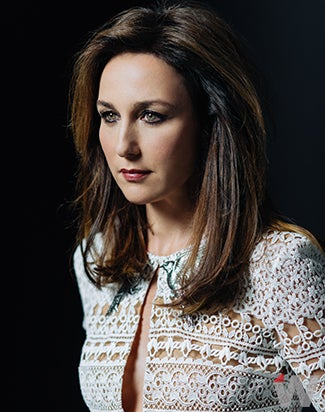 Zylberstein, who won France’s Cesar Award for “I’ve Loved You So Long” in 2008, would love to work in English with Tarantino, or with other directors like Woody Allen, David O. Russell and Paul Thomas Anderson. But “Un Plus Une,” she said, means something special to her.

“Claude likes to say, ‘It’s my first film on command,'” she said. “He began writing, and we had many dinners with me and Claude and Jean. We talked about many things, and just invented our characters. It’s a very subtle film about love and relationships, and I’m very proud of it.”

And making the film, she added, was a pleasure because of Lelouch’s style of directing. “The director is a master,” she said. “You might do the scene, but then he doesn’t cut. He says, ‘Go again, say that line, tell her this…’ He can interfere when you play, and I love that. I don’t like when things are too comfortable, too settled.

“I like to create things every moment, to be true, to find the depths inside, to be alive,” she said. “It’s not work — it’s like life.”