A version of this story about Rebecca Hall  first appeared in the “Dark Horses We Love” feature in TheWrap’s Oscar magazine.

“Christine” chronicles the mental struggles of television reporter Christine Chubbuck, who shot herself during a live broadcast in 1974. But actress Rebecca Hall, who is riveting as Chubbuck in the dark drama from director Antonio Campos, says that’s not all the film has to offer — it also highlights the overall issue of mental health.

“I think that the film does something really good for society,” Hall told TheWrap. “People have come up to me and said, “Thank you for making this film,’ or in tears about the effect it’s had on them, which makes me proud that it exists.”

Also Read: Rebecca Hall Recalls Marvel Villain She Never Got to Play: 'It Was Heartbreaking' 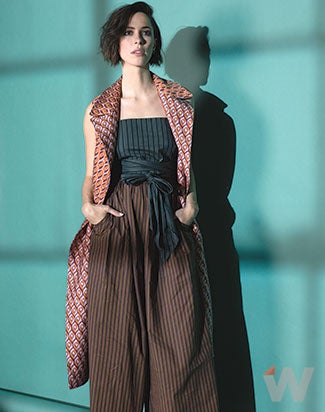 “I want people to go see it because there is a misunderstanding that this will be a horribly depressing movie about someone who can’t get out of bed — that’s a misconception about depression. Often, people with depression are engaged in a very active fight to live. And that’s what you are witnessing. It’s disturbing, yes, but it doesn’t make you flatline.”

Hall only had about 15 minutes of footage of Chubbuck to study during her preparation for the film, but she said the lack of first-hand material didn’t hamper her. “The truth is, there isn’t really anyone who doesn’t have someone in their circle who is affected by mental health issues,” she said.

“So it’s not like I didn’t have things to draw on.”

But she didn’t, of course, have the footage of Chubbuck’s suicide, which has been kept under wraps since it was broadcast live. That scene was the last one Hall shot, and in a single take.

“It’s testament to this notion of respect and sensitivity that the film has,” she said. “It was a very somber, very difficult day because we had spent upwards of 29 days [of shooting] with this person, thinking about her life and her trying to make it.” 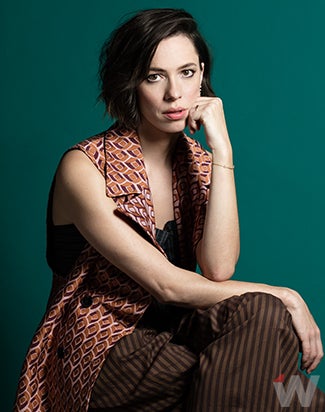 Hall added, “There were certain things on record, like what the injuries were. And the fact that she was still alive 10 hours after meant it would’ve been a certain gun shot wound. There is a fine line between showing something that gratuitous that fetishes violence on some level but also shows the reality of how shocking and violent suicide is for people that survive it and witness it.

“Christine Chubbuck forced it into the world at large … I knew where I had to point the gun and I knew when I had to do it.”

To prepare for the role, Hall also read a lot of books and met with Moni Yakim, Director of Movement at the Juilliard school. With him, she wore a neutral mask and looked in a mirror where she learned to think more “about Christine and not to think about me.”

Currently, the British actress is in Boston, filming the truth story of the invention of Wonder Woman comic titled “Professor Marston & The Wonder Women.” Luke Evans and Bella Heathcote are starring alongside Hall in the movie, written and directed by Angela Robinson.