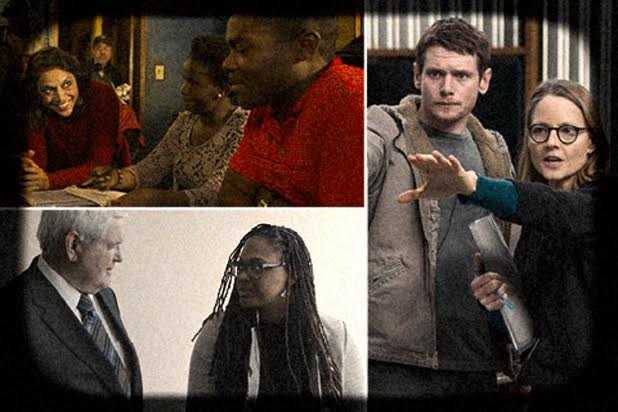 The statistics for female directors in Hollywood haven’t improved, judging by the list of Oscar eligible films released on Wednesday.

Out of the 271 non-documentary, non-foreign language feature films that made the Academy’s list of 336 eligible films this year, only 30 of them had a female director. That’s just more than 11 percent.

Surprisingly, English-language films lagged behind those from overseas this year — and way behind documentaries — in gender representation. Women directed 19 percent of the submissions in the Academy’s foreign-language film category — 16 out of 85. And fully 31 percent of the eligible documentary films — 45 of 145 — had a female director or co-director. 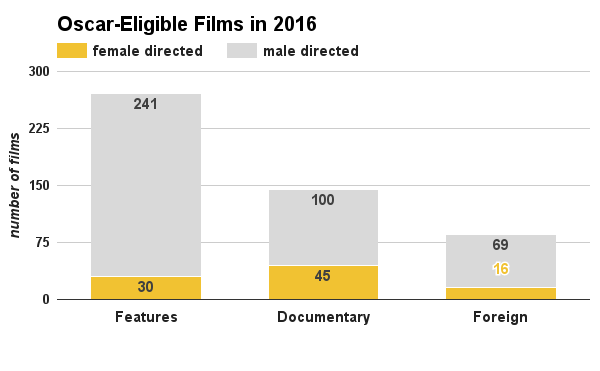 Even after the documentary field was whittled down to a shortlist of 15 titles, female-directed films still represented 27 percent of the total. Those titles included Ava DuVernay’s “13th,” Kirsten Johnson’s “Cameraperson,” Nanfu Wang’s “Hooligan Sparrow” and “Weiner,” co-directed by Elyse Sternberg and Josh Kriegman.

What’s more surprising is that female directors overseas are better represented, with 16 of the 85 official submissions for Oscar’s best foreign language film having female directors. Indeed, German director Maren Ade’s “Toni Erdmann” is widely considered one of this year’s front-runners — though it’s the only female-directed film among the nine to make this year’s shortlist.

Of course, the issue doesn’t lie with the Academy itself but rather the list mirrors an ongoing gaping disparity between men and women who get hired to helm feature films.

The steep gender gap between male and female directors was spotlighted in the media last year when studies exposed the issue, prompting several women directors to speak out in the press.

Also Read: Canadian Movie Financier Commits to Female Directors for Half its Projects by 2020

Only 9 percent of the top 250-grossing movies were directed by women in 2015 — exactly the same percentage breakdown as 1998, according to the most recent study by Martha Lauzen, the executive director of the Center for the Study of Women in Television and Film.

“There has been no progress in the 18 years that I have conducted [my] study,” Lauzen told TheWrap this week. “We have heard more public and industry dialogue regarding the underemployment of women as directors in the last couple of years, but the numbers have yet to change.”

A recent tally by the Media, Diversity, & Social Change Initiative at USC Annenberg shows that only 3.4 percent of all film directors are female — the lowest percentage when compared with other forms of media: broadcast, cable and streaming (see chart below). 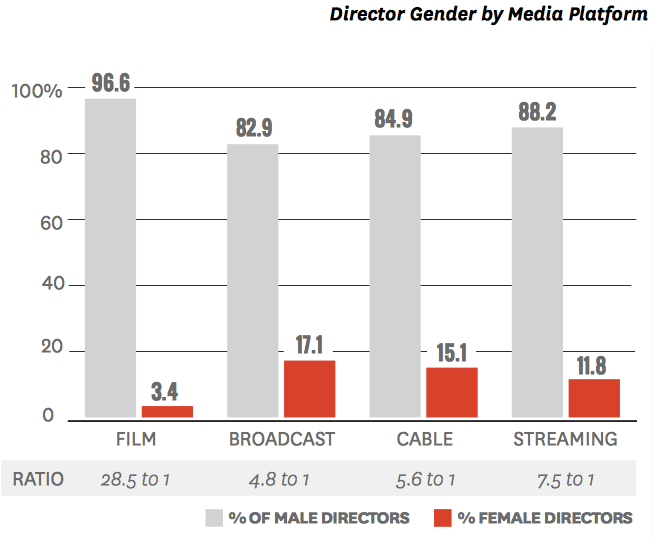 “Since the studios have demonstrated little desire to change their hiring practices, it seems likely that significant and lasting change will need to be prompted by an external source,” said Lauzen, citing the Equal Employment Opportunity Commission’s current investigation into the gender gap among film directors.

She added: “Women have fared better in the documentary world than in the world of features, perhaps because there are fewer barriers to entry.”