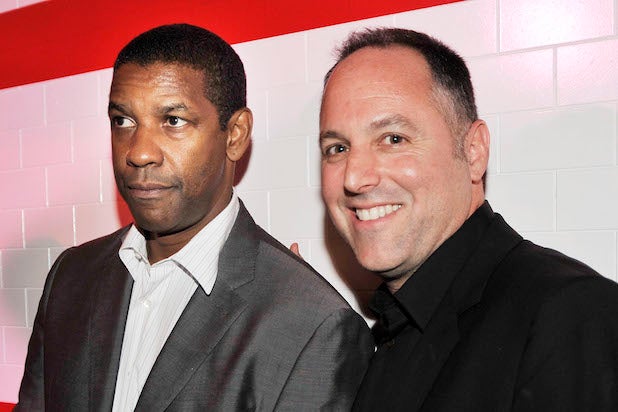 But Black, whose credits include such films as Washington’s “Antwone Fisher” and Will Smith’s “The Pursuit of Happyness,” says people often leap to the wrong conclusion before they meet him.

“It’s a funny thing,” Black told TheWrap on Tuesday. “People who go to my office for the first time will say sometimes, ‘Oh, my God, you’re white!’ Maybe it’s my name… But I really don’t know how it happened that way. We all have red blood.”

Black, who shares the “Fences” Best Picture nod with producers Scott Rudin and Washington (who starred and directed), was gratified the film’s four total nominations — including Washington for Best Actor, Viola Davis for Best Supporting Actress and Wilson for Best Adapted Screenplay.

Buzz is still building around Washington’s lead performance. “It is so layered,” said Black. “There’s such a big arc to it. It’s so weirdly compassionate, honest, angry, vibrant and sympathetic. With all of those colors, I’m not sure how it wouldn’t be the front runner.”

Black has worked on movies that have earned Academy recognition, including 2006’s “The Pursuit of Happyness” starring Will Smith. A big fraction of his filmography has centered on black stories and also black talent — from the Antoine Fuqua-directed “Southpaw” to a string of Washington-starring films dating back to 2002’s “Antwone Fisher,” which was also directed by Washington.

“I go for the talent — people who happen to be very talented and I never think about the color of their skin,” he said. “It never crossed my mind.”

His work with Washington continues this year as “Equalizer 2” starts filming in August. But first, he and Washington will quickly move to production on writer-director Dan Gilroy’s crime drama “Inner City” in early April — in which the actor plays a Los Angeles lawyer.

All told, that amounts to seven projects on which Black has collaborated with Washington.

Like “Fences,” other African American-centered films that earned Oscar nods on Monday, “Hidden Figures” and “Moonlight,” far surpassed expectations at the box office.

And that’s the key to combating the so-called “Oscars So White” phenomenon, according to Black.

“People forget it’s business,” he told TheWrap. “I’ve made a lot of African American films, some of which not a lot of people saw, like ‘The Great Debaters’ and ‘Antwone Fisher’ — which Denzel was also very proud of.”

“There were films that are more inclusive of everybody out this year, which is great,” he added. “And like ‘Fences,’ ‘Hidden Figures’ is financially successful.”