It’s inarguable that the outcries of the #OscarsSoWhite campaign are justifiable and urgently needed to be heard. The Academy of the Motion Picture Arts and Sciences — whose members are largely white and male, at least for now — isn’t completely myopic, however. Eight of the 15 films featured in “The Oscar Nominated Short Films 2016,” featuring the nominees in the animated, live action, and documentary short categories are centered on other ethnicities, with most taking place in other countries. Of course, the diversity among the lot is merely a welcome asterisk; the merit of each remains, as with the rest of the Academy’s nods, open to viewer debate.

Not all of them will wow you. The least impressive collective, in storytelling if not craft, is animation. “Prologue” isn’t so much a story as a six-minute scene of Spartan and Athenian warriors in bloody battle. Directors Richard Williams (who already won an Oscar — 43 years ago) and Imogen Sutton (Williams’ wife and producer) use color sparingly, allowing the exquisitely shaded and finely detailed pencilwork on the soldiers’ bodies to shine. The kicker, however, doesn’t evoke the emotion that its creators seemed to have intended, leaving you cold.

The same can be said of “Sanjay’s Super Team,” a Pixar short based on co-director’s Sanjay Patel’s childhood that portrays a bonding moment between a TV and superhero-loving Indian boy who’s unamused when his traditional Hindu father forces him to turn off the television and pray. Though it has cute, characteristically Pixar moments, the film’s conflict isn’t deeply felt, and therefore its resolution isn’t, either. “We Can’t Live Without Cosmos” has a similar problem; it’s dialogue-free, which leaves the viewer distracted by questions about what’s going on in this downbeat story about two lifelong friends who become cosmonauts. “Bear Story” is slightly more affecting, telling of a lonely bear who creates a mechanical, coin-operated diorama that entertains passersby with a happier version of his family’s story.

“World of Tomorrow,” however, is the gem of the bunch, with director Don Hertzfeldt capturing in 16 minutes more humor, originality and life lessons than even some nominated features. Crudely drawn but perhaps more effective because of it, the film is about a little girl named Emily who, through developments in cloning and time travel, gets a visit from her future self. While this adult Emily explains the scientific advancements that lie ahead, “Emily Prime” blinks in confusion and offers responses such as, “I had lunch today.” The witty juxtaposition of the time-traveler repeating details such as “we’re all doomed” and poignant thoughts such as “‘Now’ is the envy of the dead” is brilliant and, dare I say, award-worthy.

Also Read: What Oscars Can Learn From the Baseball Hall of Fame 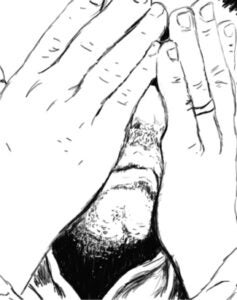 In the live action category, the knockouts are “Day One,” a gut-wrenching tale of an Afghan-American woman who joins the military as an interpreter and finds herself in an impossible position on her first day in Afghanistan; “Everything Will Be Okay,” a German short about a divorced father who has sinister plans for his regular visitation with his daughter; and the stomach-sinking “Shok,” which tells of two boys in 1998 Kosovo who live in increasing fear — some of it brought on by one’s misguided decisions — of the Serbians in their midst. The child actors in “Everything Will Be Okay” and “Shok” are phenomenal in their portrayals of confusion and unease, well compensating for any quibbles with their respective film’s plots.

“Ave Maria” and “Stutterer,” however, are a bit too contrived (or, in the case of the latter, much too contrived) for their stories to pack a punch. “Ave Maria,” about a Jewish family — complete with kvetching mother-in-law — whose car breaks down outside of a West Bank convent of nuns who maintain a vow of silence, is a tug-of-war between each party’s religious and cultural traditions as they try to figure out a solution. There are elements of this short that are borderline slapstick, though you imagine its sought-after message is something more solemn. And “Stutterer,” though its opening seconds are a terrifically stressful portrait of the challenges of a young man with, as he puts it, “the communication skills of an infant,” ends up being a meet-cute whose resolution is far too convenient to be enjoyed.

The standout in the documentary category is the animated “Last Day of Freedom.” An African-American named Bill Babbitt is portrayed in simply drawn lines as he tells the story of his brother, Manny, who served in Vietnam and received a Purple Heart, only to be executed later on for murder after his PTSD went untreated. The film is not only timely in its example of both the military’s neglect of battle-worn soldiers and racial injustice (“Brother, these are good cops,” Bill had told Manny), but Bill is also a wonderful storyteller, keeping you engaged with his emotional and nearly poetic recollections. And then, well after he wins you over, additional facts revealed before the closing credits will break your heart.

“A Girl in the River: The Price of Forgiveness” is another real-life heartache about a 19-year-old Pakistani woman whose father and uncle beat her, shot her in the head, and threw her in a river. Her crime? Eloping with a longtime friend. According to the family’s traditions, the attempted murder — miraculously, the woman survived — is not only justifiable but regarded as necessary to reclaim the family’s honor. “Claude Lanzmann: Spectres of the Shoah,” meanwhile, goes back in history to recount culturally-sanctioned acts of horror. Specifically, it’s an interview with Lanzmann, the French director of the nearly 10-hour Holocaust film, “Shoah.” His stories about the 12-year making of the film are as agonizing as the subject matter itself.

The last documentary nominees, “Body Team 12” and “Chau Beyond the Lines,” are noble but disappointingly repetitive. (Both these and “Claude Lanzmann” are HBO films.) “Body Team” is a mere 13 minutes long, but the woman at its center, a Liberian nurse who helped collect bodies of Ebola victims, has little to say besides explaining why some families fight to keep the bodies of their relatives and promising that she will continue to perform her extremely difficult duties until Ebola is eradicated in her country.

“Chau Beyond the Lines” travels to Vietnam, filming in a home for children who have birth defects because of exposure to Agent Orange. One of the teenagers, Chau, aspires to be an artist and clothing designer. His goals, as well as the spirit of the other students who manage to enjoy life despite their challenges, are mostly uplifting, but at times condescension sneaks in, and there’s no clear indication of when exactly this was filmed — Chau’s shown in the facility, then returning to his family, then getting his own apartment, and suddenly there’s a mention of “three years ago.”

This lack of a timeline isn’t as big a flaw, though, as the film’s overall triteness. “I have actually been very lucky in life so far,” Chau says at the end. His attitude is, of course, laudable, but there’s otherwise little to justify singling him out as a film subject. Come Oscar night, maybe we’ll find out that the Academy disagrees.