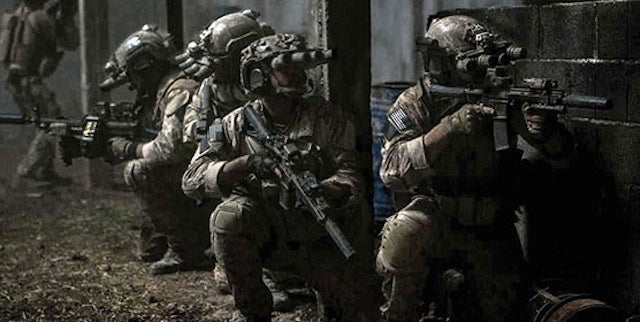 Film editor William Goldenberg has attended the Oscars twice before as a nominee, but both times he knew he would lose.

In 1999, nominated for "The Insider," Michael Mann’s tale of a tobacco industry whistleblower, he ran into the technical wizardry of "The Matrix." In 2004, nominated for "Seabiscuit," he was vanquished by the orcs and elves of "The Lord of the Rings: Return of the King," which swept to victory with all 11 of its nominations. Almost a decade after his last nomination, Goldenberg (at left, with his recent BAFTA win for "Argo") is back in the Oscar race, and once again he’s guaranteed to go home from the Oscars a loser. But that isn’t necessarily bad news: Goldenberg has two of the category’s five nominations and could well lose to himself.

Also read: Oscar Predictions: There's Room for Surprises in Between Those 'Argo' Wins

The Academy’s Film Editors Branch recognized Goldenberg for his work on Ben Affleck’s "Argo" and Kathryn Bigelow’s "Zero Dark Thirty" (where he is co-credited with Dylan Tichenor). That replicates a feat accomplished in 1988 by Goldenberg’s mentor, Michael Kahn, who is also nominated this year for his work on Steven Spielberg’s "Lincoln."

Goldenberg credits Kahn with teaching him everything but his instincts. “He taught me the politics of editing, of dealing with high-powered people,” Goldenberg told TheWrap. “As an editor, you sometimes have to be a psychologist.” So what are his psychological instincts telling him about his chances this year? “I know it sounds stupid, but I’ve been just enjoying this experience and not thinking about the numbers of it,” he said. “I’m in the game, which is great. In the past, I felt there was literally no chance of me winning. This time, at least there’s a small chance.”

(One other 2012 nominee is in the same boat: Sound mixer Andy Nelson is also competing with himself, nominated for both "Les Misérables" and "Lincoln.")

In the editing category, which is often considered a strong Best Picture bellwether, Goldenberg's chances have only improved over the last month as "Argo" has picked up guild wins at a healthy clip. At the same time, "Zero Dark Thirty" has been mired in a debate about its portrayal of torture.

“I thought there would be controversy, but I don’t think any of us expected it to be at the level it is,” he said. “I hope the people who are talking about it have actually seen the movie. I don’t know that everybody has.”

Both of Goldenberg’s movies depict true stories of CIA operatives in the Middle East, but the process of making the two differed almost as much as the political reception. “'Argo' felt less pressurized,” Goldenberg said. “We finished in June, and it didn’t come out until October. That’s very rare. Usually you finish a movie, and two weeks later it’s in theaters, which is more like what 'Zero Dark Thirty' was like.”

The early finish to "Argo" was due in part to audiences’ warm reception in early previews, such as when the studio screened the film for its first large audience, and the crowd responded rapturously. “I’ll never forget the look on Ben’s face,” Goldenberg said. “He just looked stunned and wandered around with his mouth hanging open. He thanked everybody and wandered into the night on his own.”

Once his work was finished with Affleck, Goldenberg jumped straight into "Zero Dark Thirty," where he said that Bigelow was minimalist but effective in her approach.

“She’ll say three things about a sequence, and you’ll do it and realize that was the key,” he said. “She’s quietly brilliant.”

In other words, don’t ask Goldenberg to choose a favorite between the two directors. “If they would alternate every other year,” he said, “that would be good.”