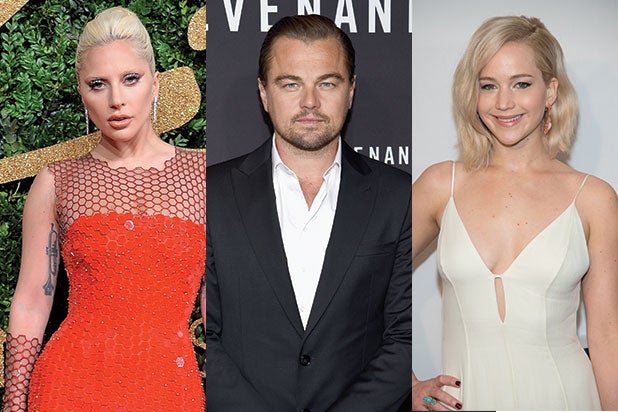 It’s that time of year again, when actors, directors, writers and producers rush for their thesauri in search of words to describe just how awesome it is that they might win shiny new statuettes to add to their trophy shelves.

As with the nominations themselves, many of the usual suspects found their way into the statements issued by this year’s nominees, with old standbys such as “honored,” “thrilled” and “grateful” making strong showings.

Some nominees went the extra mile to mix things up with a string of joyful expressions. “Director László Nemes, whose “Son of Saul” is up for an award in the Best Foreign Language Film category, declared, “We are honored, excited and deeply appreciative to the Academy.” Ridley Scott and his cohorts from “The Martian” were “genuinely honored, delighted and grateful” for their Best Picture nomination. And America’s sweetheart, Jennifer Lawrence — who’s up for a leading actress Oscar for her performance in “Joy” — was “beyond grateful and humbled.” And also “incredibly honored.”

The runaway winner in this year’s Oscar Nomination Reaction Olympics was “honor,” with 17 nominees using the phrase “honor” or “honored” to describe their nominations. “Thrilled” was also a strong contender with 11 mentions. There was a fair amount of humility among this year’s nominees, who dropped “humbling” or “humbled” six times, while “grateful” was also prominent with eight mentions.

Read below for the full rankings of honor, gratitude, thrills, delight and gratitude. It was truly a delightful thrill of an honor to compile it, for which we are beyond grateful.