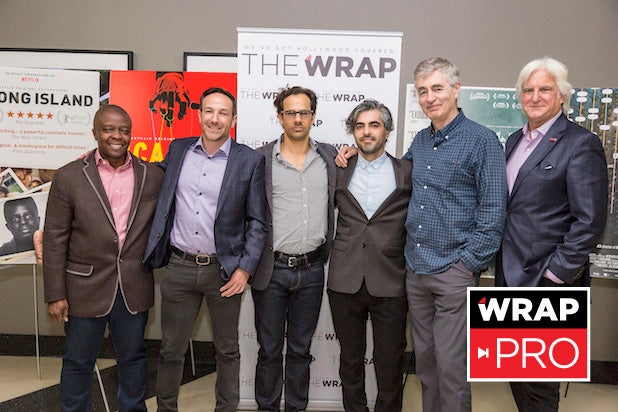 “The thing that makes it alive is discovering how it changes and running with that,” “Icarus” co-director Dan Cogan told TheWrap

One of the axioms of great documentary filmmaking is the idea that you start making your movie expecting one thing, but find the story is something completely different during the course of filming.

It doesn’t feel like it’s true of every documentary you see, but it certainly is true for the five Oscar nominated documentary features this year. And if you ask these filmmakers, they’ll tell you that discovery process is essential for anyone who is being true to their medium.

“If you made a documentary film and had an idea of what it was going to be and the film was exactly that at the end, it would be a totally dead product,” Dan Cogan, the co-director of “Icarus,” told TheWrap’s Sharon Waxman. “The thing that makes it alive is discovering how it changes and running with that and following that, and the skill of it is to recognize what’s unfolding and follow the essence of that story and follow it as it goes.”

Filmmakers from each of the five documentary features spoke as part of TheWrap’s panel discussion at the Landmark Theatres in Los Angeles on Wednesday night. The films are wildly different, ranging from tragedies personal and global to more lighthearted journeys, but each grew into the powerful movies we see today.

“Icarus” seems to most clearly embody that philosophy of how a good documentary evolves, with Cogan and Bryan Fogel drastically changing course once they realized their subject, Grigory Rodchenkov, was the mastermind behind the Russian doping scandal and that his life was in grave danger.

“I was in way deeper than I had expected to be,” Fogel said. “That process was essentially two and a half years in the making before we were in so deep and realized that we were sitting on a whistleblower and a trove of evidence that was irrefutable and so spectacular in scope it changed essentially all of Olympic history, because what Russia had been doing in Sochi was just the icing on the cake.”

Also Read: 'Heroin(e)' Director Investigates How Small Towns Battle With Opioids: 'It Was Pills, It Was Heroin'

But the other four documentaries followed a similar trajectory. Yance Ford spent 10 years trying to make his personal crime story “Strong Island,” and two years into the course of filming, Trayvon Martin was murdered. The film is a hybrid of a true-crime documentary and a family portrait about how his brother William was shot and killed by a white man. And time and again, Ford watched the movie’s narrative unfold before him. As a result, “Strong Island” had to change to react to the changing culture.

“I wouldn’t have imagined that the same narrative about fear and hyper-physicality would actually repeat itself in some instances in the Zimmerman case,” Ford said. “I realized that this history of racialized violence, this use of fear as a justification for homicide, was much older than the Martin case. It was much older than my brother’s.”

Mark Mitten, the producer of “Abacus: Small Enough to Jail,” was close with the Sung family, who operated the family-run bank Abacus located in New York’s Chinatown. When they were indicted and chose to fight the government by going to court, he had no idea how the trial was going to pan out and what the fate of this family would be.

“Nobody was covering this story,” Mitten said. “I did some investigating and found out they were the only bank going to be indicted for mortgage fraud as part of the 2008 financial crisis, which is pretty remarkable.”

And of course Mitten’s director on “Abacus,” Steve James, knows a thing or two about not knowing the ending of a documentary before he starts. This is James’s first Oscar nomination for Best Documentary Feature, but he previously directed the famous ’90s film “Hoop Dreams,” spending four years with the two Chicago high school students at its center. James spoke about the challenges of not being able to film during the court proceedings and how he still managed to tell the Sung family’s story.

“It’s the lesson of how you make a film with great limitations. It’s figuring out how to still try to tell the story needs to be told and tell it in a hopefully compelling way despite those limitations. ” James said. “Sometimes limitations can be a great inspiration to and can lead to focusing in different ways.”

Feras Fayyad, the director of the harrowing Syrian documentary “Last Men in Aleppo,” got out of being tortured in a Syrian prison and picked up a camera. He put his camera right at the eye lines of the local Syrian first responders, or the White Helmets, and saw through their eyes the horrors they were witnesses to. Fayyad had no idea whether his subjects would even one day make it out of Aleppo alive.

“If you want to tell something, keep it in your mind and show it in a different way,” Fayyad said. “When I got out of prison, I had in my mind to do this film, but I knew I would be facing the war machine and the intelligent services and all that. But I’m not the only one. There were many artists and filmmakers who were arrested in the same time, trying to do this. I’m the lucky one who gets this idea to bring it in front of people and watch it here.” 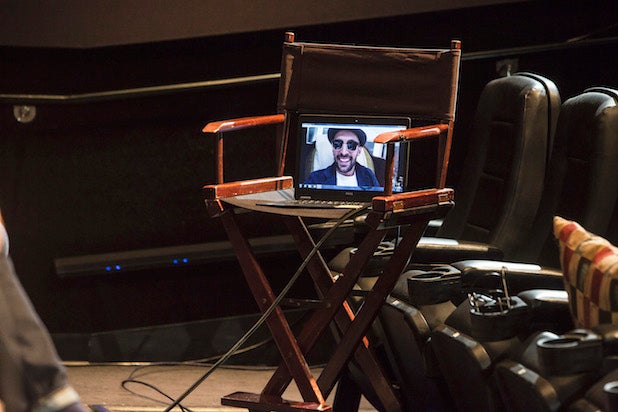 And then there’s JR, the French artist who along with the legendary French New Wave director Agnes Varda made the delightful European road trip movie “Faces Places.” He charmingly Skyped into the panel discussion, with his face appearing larger than life on the movie screen behind the panelists. The frivolity of “Faces Places” doesn’t suggest the same sort of challenges or sense of danger some of these filmmakers faced. The truck they toured the countryside in didn’t break down, and they didn’t run out of equipment during a job. But it wasn’t until months into their journey that they realized they would even be making a film.

“We actually got to know each other making this film,” JR said. “That’s why we were moving with such lightness because there was never this weight of. what will be the story? Where is this taking us?”

One of these five films will win the Oscar for Best Documentary Feature on March 4. So we don’t know how this story ends either.

‘No Time to Die’ Delayed Again to October