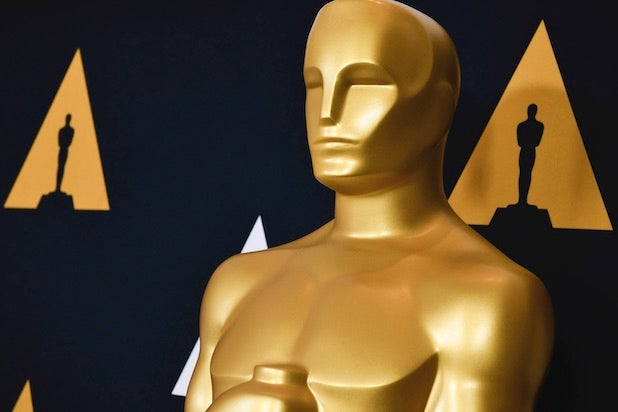 It shouldn’t feel as if Oscar Sunday is the finish line of a frantic sprint, should it?

After all, it’s been a full eight months, two weeks and five days since Quentin Tarantino’s “Once Upon a Time… in Hollywood” premiered at the Cannes Film Festival on May 21, and since Bong Joon Ho’s “Parasite” did the same four hours later.

If you’ve been paying attention, these films have been on the awards radar for months, and have been considered Oscar contenders for most, if not all, of that time.

Also Read: Cynthia Erivo's Potential EGOT and 28 Other Oscar Records and Milestones to Watch for This Sunday

And yet, the earliest-ever Feb. 9 date for the Oscars had made the last five weeks the most rushed awards-season stretch ever. Voters complained that they didn’t have enough time to watch the films. The nominations showed the result of narrowed, hurried thinking. And the nominees themselves grew exhausted from running from one ceremony to another. Jan. 25 alone, with five awards shows in one night in Los Angeles, will live in awards-season infamy.

And now comes Oscar night, three-plus hours that, with luck, will feel like a satisfying climax of sorts to a strange and not terribly satisfying season.

This is when we, and the Academy, get to face some big questions.

Will the 92nd Academy Awards give us reason to slow down, pay attention and celebrate what was a very good year for movies?

Will “Parasite” become the first Korean film to win an Academy Award in any category, and also the first non-English film ever to win Best Picture?

(The answers: yes, and who knows?)

If “Parasite” loses Best Picture to “1917,” will Film Twitter ever forgive the Academy, or will it be as offended and incensed as it was last year when “Green Book” beat “Roma?”

(I think we all know the answer to that one.)

And will the five Best Picture nominees that have topped $100 million at the box office — “Joker,” “Once Upon a Time… in Hollywood,” “1917,” James Mangold’s “Ford v Ferrari” and Greta Gerwig’s “Little Women” — boost the ratings the way the three $200 million grossers last year — “Black Panther,” “A Star Is Born” and “Bohemian Rhapsody” — did?

A rushed, hostless Oscars is going to be a tough sell, even with a genuinely suspenseful Best Picture race. And the real question that this year’s ceremony will attempt to answer is one that gets to the heart of what the Academy is doing: In this day and age, can the Oscars make us care?

At the end of a week in which the nation was fixated on the votes of 100 U.S. Senators, can we get excited about the votes of 8,469 AMPAS members?

The accelerated schedule was an attempt to stir up some excitement by putting the awards closer to the release date of the movies that are being saluted, but it didn’t work. Other attempts to juice the show, including the short-lived idea of a “popular Oscar,” didn’t either. Four years into a membership makeover that has brought in hundreds of women and minorities, Academy voters are still under fire for being too white, too old and too male, their choices still derided for being too safe.

The scrutiny is unrelenting, often unrealistic and at times seemingly insurmountable. That’s particularly true at a time when no entertainment show gets (or will probably ever again get) the kind of ratings the Oscars used to get, and no group of people picking their favorite movies will ever satisfy the rabid tastemakers and arbiters on social media.

And yet if you look at this year’s nominees, why shouldn’t we be engaged with this year’s show? It’s got Bong, who’s been a terrific genre filmmaker for years but is now coming into his own on a world stage, and to all appearances enjoying himself enormously. And Scorsese, a true master who in the devastating final 30 minutes of “The Irishman” faces up to every dark deed in the mob movies that have highlighted his career. And Mendes, turning what might be a gimmick into an adrenalized but also emotional thrill ride. And Phillips and Joaquin Phoenix, insisting that you can do something dramatically different with a comic-book character, and that you can connect with an audience even when doomsayers are warning about how you’re inciting violence. And Greta Gerwig, paying respect to but also modernizing the classic “Little Women,” simultaneously making a glorious “chick flick” and subverting the very idea of one.

2019 was a very good year for cinema, and the Oscars are paying tribute to many of the films that made it so. Sure, the Academy fell well short of recognizing all of the deserving films — my list of the gems missing in action might begin with “Uncut Gems,” “A Hidden Life” and “Dolemite Is Your Name,” yours with something else entirely. But it doesn’t make Bong a lesser filmmaker because he’s not going up against the Safdie brothers, or Renee Zellweger an undeserving winner because she didn’t face off against Lupita Nyong’o.

Another plus: This year’s awards season may have been a headlong rush, but at least it wasn’t a string of fiascos like last year. Remember when the Academy announced and then took back the Popular Oscar? And did the same with the idea of giving out awards during the commercials? And hired Kevin Hart to host, then couldn’t find a replacement when he resigned under pressure over old homophobic tweets? And remember when every film that got any traction — “Green Book,” “Bohemian Rhapsody,” “BlacKkKlansman,” “Roma” — was viciously attacked for the behavior of its makers, or for its departures from the facts, or for the company that released it?

That was an angry, divisive year — and the triumph of “Green Book,” which was legitimately the consensus choice of this body of voters, only made it more so. By contrast, this past awards season was so accelerated that negative campaigns didn’t really have time to take root. Meanwhile, the Oscar producers bypassed the public host search and went straight to the hostless model that wasn’t a disaster last year.

So now all that’s left is to try to enjoy it as the Academy celebrates a batch of good movies, to root for favorites but understand that the voters probably have different ideas.

And maybe, just maybe, after rushing through the last five weeks of awards season, we can relax, slow down and try to enjoy its final three and a half hours.