Voting began on Feb. 1 to determine a shortlist of possible nominees culled from all eligible contenders in the four craft categories that use a two-step process: score, original song, visual effects and makeup & hairstyling.

Voters have until Feb. 5 to narrow down all the contenders to a shortlist of semifinalists: 15 each in the Best Original Score and Best Original Song categories, 10 each in Best Makeup and Hairstyling and Best Visual Effects. (The shortlists will be announced on Feb. 9 ahead of the March 15 announcement of nominees.)

Here are our thoughts on what might advance in the four below-the-line categories that use shortlists.

Also Read: What Will Make the Oscar Shortlists in Documentary and International Categories? 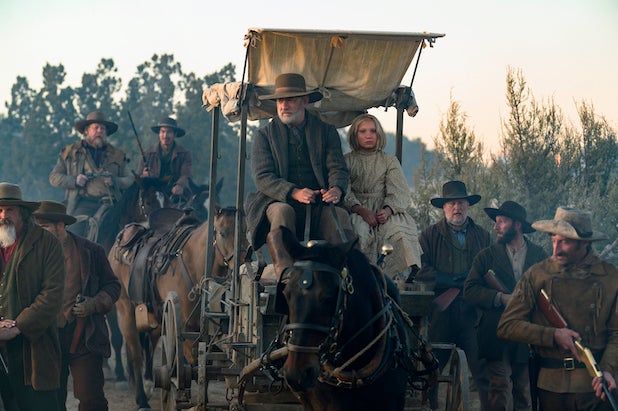 “News of the World” (Universal Pictures)

BEST ORIGINAL SCORE
The Music Branch’s shortlists are typically short on surprises — and when those do happen, they usually involve composers or songwriters who’ve been longtime members of the branch and have lots of friends in the Academy. But the members have been behaving in recent years, and their 15 shortlisted scores are liable to contain lots of the music that has been getting the most attention this season.

Front-runners: The consensus favorites at this point are probably James Newton Howard’s music for “News of the World,” Alexandre Desplat’s for “The Midnight Sky,” Terence Blanchard’s for “Da 5 Bloods,” Ludwig Goransson’s for “Tenet” and Emile Mosseri’s for “Minari.” Trent Reznor and Atticus Ross are in the mix for one and possibly two scores: “Mank” for sure, and “Soul” if the Music Branch Executive Committee allows a score that is a collaboration between three different composers: Reznor and Ross on the underscore, Jon Batiste on the jazz heard throughout the film. (It’s technically against the rules, but the committee has the power to approve it.)

Other contenders: Daniel Pemberton’s work on “The Trial of the Chicago 7” will be noticed, as will Gabriel Yared’s on “The Life Ahead,” Benjamin Wallfisch’s on “The Invisible Man” and Thomas Newman’s on the late-arriving “The Little Things.” And because the Waller-Bridge family hasn’t gotten enough awards lately, Isobel Waller-Bridge (yes, Phoebe’s sister) and David Schweitzer will be in the mix for their score for “Emma.” — as will Howard Shore for “Pieces of a Woman.”

Also Read: Trent Reznor and More on Scoring a Movie During COVID: 'Like Trying to Be Intimate in Hazmat Suits' 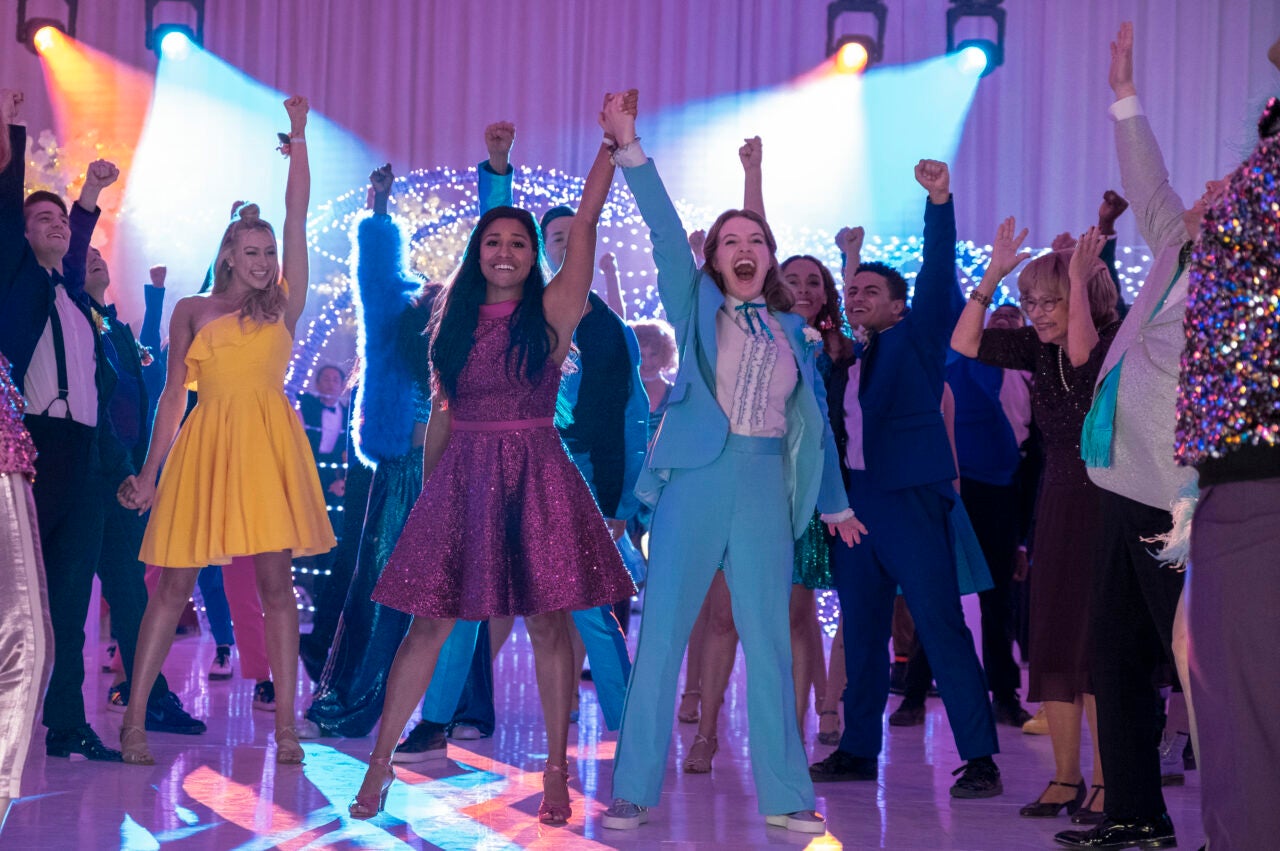 BEST ORIGINAL SONG
Can we get one thing straight right off the bat? “I Love Boobies,” a sweet little 38-second ditty from an upcoming comedy called “Barb & Star Go to Vista Del Mar,” which has been getting a bit of a push lately, will not make the shortlist unless an awful lot of people really, really love the movie’s co-star and the song’s co-writer, Kristen Wiig.

Front-runners: Diane Warren, as inescapable as always, is on track for her 12th nomination, this time for the Italian-language song “Io Si (Seen)” from “The Life Ahead.” Hell, she might end up shortlisted twice, with “Io Si” and also with “Free” from “The One and Only Ivan.” Leslie Odom Jr.’s “Speak Now” from “One Night in Miami” is pretty much guaranteed to join her there. Others that seem likely to advance include “Rain Song” from “Minari,” “Tigress & Tweed” from “The United States vs. Billie Holiday,” “Fight for You” from “Judas and the Black Messiah,” “Loyal Brave True” from “Mulan” and “Hear My Voice” from “The Trial of the Chicago 7.”

Other contenders: Documentaries have a robust group of strong contenders, including John Legend’s “Never Break” from “Giving Voice,” Janelle Monae’s “Turntables” from “All In,” Taylor Swift’s “Only the Young” from “Miss Americana,” Mary J. Blige’s “See What You’ve Done” from “Belly of the Beast” and Lynn Ahrens and Stephen Flaherty’s “How Can I Tell You?” from “Nasrin.” Among the animated contenders are Justin Timberlake’s “Just Sing” from “Trolls World Tour,” Brandi Carlile’s “Carried Me With You” from “Onward” and the statement-of-purpose song “Rocket to the Moon” from “Over the Moon.”

And songs that are performed on screen during the film, always an advantage in this category, include “Wear Your Crown,” a new song added to the film version of the Broadway show “The Prom,” “Love Myself” from “The High Note” and two that are played for laughs, sort of: “Wuhan Flu” from “Borat Subsequent Moviefilm” and “Husavik” from “Eurovision Song Contest: The Story of Fire Saga.”

Potential wild cards include Trent Reznor and Atticus Ross’ “(If Only You Could) Save Me,” a song from “Mank” that comes out of a radio and sounds as if it’s a lost 1930s ballad, and “Everybody Cries,” a gentle ballad of healing that ends “The Outpost” and is exquisitely performed by co-writer Rita Wilson. 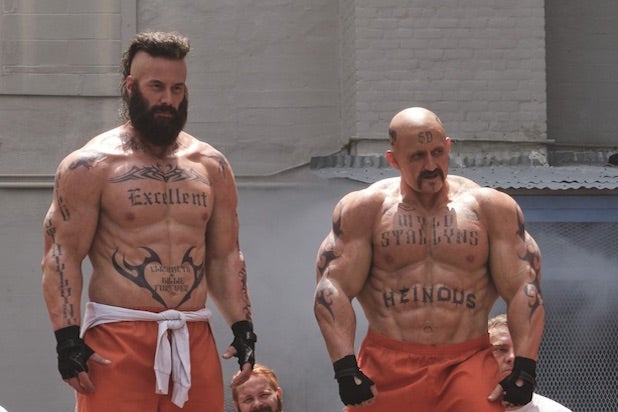 BEST MAKEUP AND HAIRSTYLING
This will only be the second year in which the makeup and hairstyling shortlist has been made up of a full 10 films, though neither this category nor Best Visual Effects will be able to hold the usual in-person presentations (or “bakeoffs”) used to determine the final five nominees.

In the past, the shortlist has typically been made up of a combination of extravagant character makeup (“Joker,” “Maleficent,” “Suspiria”) and work designed to make actors look like other famous people (“Bohemian Rhapsody,” “Stan & Ollie,” “Bombshell,” “Judy”). But this is also a category well known for providing the only nominations to movies like “Bad Grandpa” and “Norbit,” or true oddities like “The 100-Year-Old Man Who Climbed Out of the Window and Disappeared.”

Front-runners: Critics hated “Hillbilly Elegy,” but its makeup artists made Glenn Close and to a lesser extent Amy Adams almost unrecognizable. “Bill and Ted Face the Music” transformed Keanu Reeves and Alex Winter into everything from old men to musclebound convicts. “The United States vs. Billie Holiday” turned Andra Day into Lady Day, while Viola Davis’ makeup in “Ma Rainey’s Black Bottom” was almost a character in itself.

Other contenders: “One Night in Miami” and “The Trial of the Chicago 7” (that hair!) will be in the running for remaking actors as Abbie Hoffman, Jerry Rubin, Cassius Clay and Malcolm X, among others. “I’m Thinking of Ending Things” relies on Toni Collette and David Thewlis undergoing unexpected age changes, which are pulled off courtesy of makeup effects. And “Borat Subsequent Moviefilm” turned Maria Bakalova from frog (which took a lot of work) to princess.

“Mank,” “The Prom,” “The Midnight Sky,” “Ammonite” and “Judas and the Black Messiah” could also show up here. 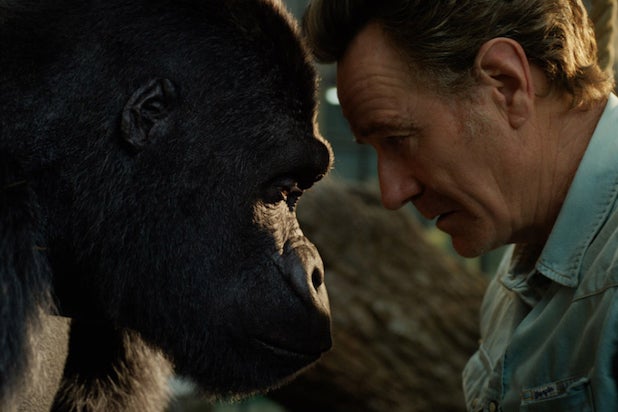 BEST VISUAL EFFECTS
The pandemic has not been kind to this category. Normally, the visual-effects shortlists are made up of about 50% superhero films or action-adventure films set in outer space: Marvel movies, DC movies, “Star Wars” movies. But in 2020, almost all of those films were moved off the release schedule once the pandemic closed theaters, thinning the field considerably for the kind of movies that normally compete for the VFX Oscar.

The category has already been narrowed down to a shortlist of 20 contenders. Unlike in past years, however, the Academy is not releasing that longer list, but will wait until it’s further narrowed to 10 to make the semi-finalists public.

Front-runners: George Clooney’s “The Midnight Sky,” which is set half in space and half in the Arctic, is one of the few films that feels like it’d be a real contender in this category even in a non-pandemic year; its zero-gravity blood scene alone is enough to impress Visual Effects Branch voters. “The One and Only Ivan,” meanwhile, is set in a ramshackle circus with characters who consists mostly of computer-generated talking animals, including the gorilla who gives the film its title. “The Invisible Man,” one of the final movies released before theaters closed, should be a no-brainer for the shortlist as well, and so should Apple’s World War II sea drama “Greyhound” and Disney’s live-action remake of “Mulan.” And then there’s Christopher Nolan’s “Tenet,” which should follow the director’s last five movies to the shortlist (three were nominated and two won), even with Nolan’s admitted preference for practical effects.

Other contenders: For supporting effects used to create an environment, “Mank” and “News of the World” are certainly in the running. Among smaller movies, the thinned-down field may leave room for a couple of spots for some combination of “Bad Hair,” “Bill and Ted Face the Music,” “Birds of Prey,” “Shadow in the Cloud,” “Sonic the Hedgehog,” “Witches,” “Wonder Woman 1984” and even the much-derided “Dolittle.”

And while the only animated films to be shortlisted or nominated to date are stop-motion ones like “Isle of Dogs” and “Kubo and the Two Strings,” it’s not out of the question that “Soul” could squeeze in.