Once again, Shorts International and Magnolia Pictures are determined to make the Oscar shorts categories more than just the tiebreakers in Oscar pools, where participants have to guess based on a title or subject matter.

For the fifth year, the companies are bringing programs of all the nominated shorts to 100 theaters in the United States, Canada and the United Kingdom.  The programs, in which the current year’s nominees are often supplemented by past nominees and winners, will open beginning February 19. 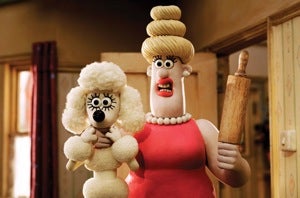 The five nominees in the Live-Action Short and Animated Short categories will be announced Tuesday, February 2.  Each category already has been narrowed down to a shortlist of 10 contenders.

Animated contenders include films from Pixar and Aardman Animation ("Wallace and Gromit: A Matter of Loaf and Death," right) along with smaller, artier films; the shortlisted live-action films are mostly foreign-made, and include "The New Tenants," below left.

TheWrap has information and trailers for the live-action shorts here, and the animated shorts here.

LONDON, UK, 29th January 2010 – Shorts International and Magnolia Pictures will once again bring the wildly popular Oscar® nominated short film programme (Live-Action and Animation) to theatres in the US, Canada and the United Kingdom.

The Oscar® Shorts program will open in theaters from February 19th, expanding to 100 cities in the following weeks. A list of participating theatres will be available at www.theoscarshorts.com beginning February 4th. 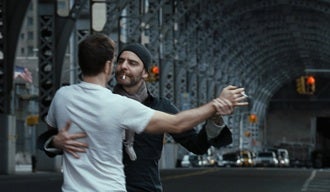 The theatrical release of the Academy Award® nominated short films has met with enthusiastic audiences ever since their launch 5 years ago, giving people around the world an opportunity to see the nominated films prior to the 82nd Academy Awards® ceremony on March 7th. The series’ popularity has charted a spectacular 289% increase in attendance at the domestic box office since its inception in 2005, breaking the record last year for the highest gross ever on a single screen at New York’s IFC Center.

"These short films prove the continued relevance of the short film category with a formidable line-up of varied productions from around the world." said Carter Pilcher, Chief Executive of Shorts International. "These filmmakers represent filmmaking talent of the future and we are thrilled to be introducing them to the marketplace."

"It’s the only programme of its kind, making Oscar® nominated short films available to the public before the awards," said Tom Quinn, SVP of Magnolia Pictures. "If audiences are interested in improving their handicap come Oscar® night, this is the best way to get a head start."

Nominations for the 82nd Academy Awards® will be announced on February 2nd.