So now there are no more big, unseen films. And that means it’s time to tackle a few more questions: Is “Avatar” is good as everybody says? Is “Nine” another “Chicago” (i.e., a multiple Oscar winner in the big categories) or another “Dreamgirls” (i.e., shut out of the Best Picture race)? Could “It’s Complicated” sneak into the race? Is Guy Ritchie serious with his “Sherlock Holmes” remake? 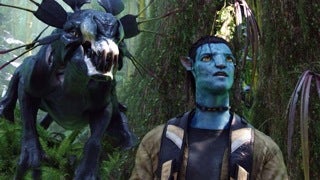 James Cameron’s sci-fi epic is indeed a remarkable film, a gloriously outsized and immersive experience that creates a richly detailed new world and then sells it for two and a half hours of action and allegory. It’s “Dances with Wolves” meets “The Matrix” – the guy who lives in an alien culture and learns to love and fight for it – and, over and over, it shows you things you’ve never seen and takes the technology of film to a new level. I found the “floating mountains” of the planet Pandora particularly staggering, but you’ll probably have your own list of mind-bogglers.

That said, Cameron still has trouble with (or maybe just no interest in) writing a script that isn’t riddled with action-movie clichés, risible villains and ham-fisted foreshadowings. And while the movie’s indigenous species, the Na’vi, are convincingly rendered, after a while the whole thing starts to feel like the biggest, grandest, most spectacular animated film ever made, rather than like a flesh-and-blood experience.

I was swept up in “Avatar” and often engrossed in it, and I’d see it again in a second. But it didn’t connect with me emotionally, or persuade me to abandon my feeling that the smartest money Cameron could spend is not on better effects, but on a top-notch screenwriter. Here’s the most impressive thing about James Cameron: he’s so talented that he can overcome the fact that his scripts are written by James Cameron.

And can it win the top prize? Maybe, if the boxoffice returns boost it into the realm of a true phenomenon, which they might well do. But I suspect that the older contingent among Oscar voters (in other words, most of them) will resist a sci-fi action film that looks like the world’s most spectacular cartoon. I expect it to be a major player, and to take home several Oscars, but for now I don’t see it landing the big one, particularly in a year in which the new way of tallying Best Picture votes will be looking for consensus rather than passion. 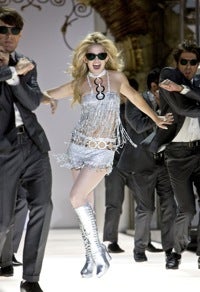 Verdict: Well, now we know one thing that Daniel Day-Lewis can’t do: sing. He doesn’t have to for most of “Nine,” though; with the Oscar-winner as a depressed, philandering Italian film director struggling to get his next film off the ground, the musical reinvention of Fellini’s “8 ½” depends far less on the pipes of its leading man than on the lavish production design, the dazzling choreography, the spectacular cinematography and the lingerie with which the female cast is bedecked.

Rob Marshall’s take on the Broadway show is beautiful and energetic, studded with gorgeous moments and gorgeous women. But the songs, for the most part, aren’t nearly as memorable as they need to be (there’s a reason the stage show was never a huge hit), and the connective tissue between them is so thin that I found myself often as not waiting anxiously for the next song, hoping that it’d stand out more than the last one did. Instead of the clean, direct numbers that advanced the action in Marshall’s “Chicago,” “Nine” has deliriously messy musical interludes that don’t really tell us anything we need to know; they’re full of razzle and dazzle and sound and fury, but they don’t quite signify enough.

In the main role, we need a charismatic scoundrel who gives us no choice but to love him; Day-Lewis gives us a morose weasel who’s hardly likable. Most of his co-stars don’t have enough to do, with the exception of Penelope Cruz (fiery as usual), Marion Cotillard (the truest, most emotional performance in the film) and Judi Dench (as close to a center as the film has, though the song in which she suddenly slips on a French accent is a head-scratcher). And it’s not until Fergie rips into “Be Italian,” maybe 40 minutes and four songs into the film, that we finally have a singer really cut loose and do a song justice; before that, and for the most part after that, the actors’ vocal limitations prevent them from really selling the songs the way stage pros can do.

Oscar chances: The fact that Marshall didn’t land a Golden Globe nomination for Best Director was, I think, telling. It’s not that any of the same voters are involved, but “Nine” seems liable to wow a decent-sized group of voters (probably enough for a Best Picture nod) but not quite connect with the majority. Given its strength on the design side, it’ll certainly be one of the two or three most-nominated films, but I’d be surprised if it takes home any trophies in the top categories.

And I’d like to say something right now to the music branch: if you’re going to nominate one of the songs from this film, which I assume you probably are, please make it “Take It All” and not “Cinema Italiano.” I know the latter song has a big dance number and all, but c’mon, the lyrics are dopey and the music doesn’t go anywhere. 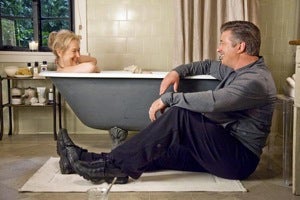 Verdict: You know it’s a Nancy Meyers movie when Meryl Streep stands in the beautiful kitchen of a beautiful house near the Southern California coast, behind her big island, surrounded by perfectly nice cupboards, and extols an upcoming renovation by saying, “Finally, I get to have a real kitchen!”

Meyers, you could say, is the Woody Allen of upscale SoCal women of a certain age, a witty writer-director who makes movies about (and it sometimes seems, for) an artistic upper-class whose foibles and neuroses play out in immaculate homes near gorgeous beaches. The conspicuous consumption can be a bit off-putting at times, but it doesn’t detract much from the very real charms of “It’s Complicated,” an entertaining and intermittently hilarious tale of divorce and adultery and trophy wives and kids leaving the nest.

Meyers benefits tremendously from putting her dialogue in the hands of pros like Meryl Streep, Alec Baldwin and Steve Martin, who manage to keep things low-key and casual while hitting all the right notes. To say that “It’s Complicated” is a pleasant way to spend a couple of hours may be damning it with faint praise, but the film will likely be more than that mostly to those who can relate to its characters’ situations, and predicaments, more fully than I can.

Oscar chances: The buzz has been heavy on Alec Baldwin’s performance, which is light and funny and deft; I’d say he’s on the bubble for a Supporting Actor nomination. I think the extra points the Academy always gives for playing a real person will mean that Streep’s nomination will come for “Julie & Julia,” not this. Meyers certainly has a good shot at a writing nod, particularly since she falls in the less competitive Original Screenplay category. As for Best Picture … well, the Academy is the right age, but perhaps not the right gender. It’s certainly not out of the picture, but I wouldn’t make it a favorite. 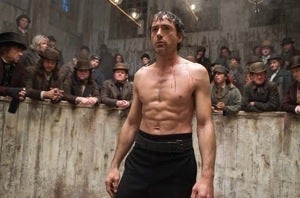 Verdict: The best way to approach Guy Ritchie’s amped-up, rocked-out reinvention of “Sherlock Holmes” is to look at it as the story of a really smart detective in 19th Century London who coincidentally has the same name as a different really smart detective that Sir Arthur Conan Doyle wrote a bunch of books about. There’s really very little connection between that Holmes and this one … Well, except that his faculties are intact, he’s got a drug habit, he lives at 221B Baker Street and he knows a guy named Watson. Oh, and there’s a villain named Moriarty.

But when it comes to tone and style and all that, forget it. This is “RocknRolla” goes Victorian, with Robert Downey Jr.’s Holmes a thoroughly charming but thoroughly dissolute brainiac who uses his brilliance to figure out how to beat people up. It’s an action movie that goes a mile a minute, wastes Rachel McAdams, appears to depend on the supernatural (how very un-Sherlockian) and manages to be quite entertaining anyway.

And, you know, if they hooked up a turbine to Doyle and Basil Rathbone, Warner Bros. could probably power half the theatres where this will play with the RPMs generated by those two gents spinning in their graves.

Oscar chances: Well, it may be a lot of fun, but it’s not an Oscar movie. That said, it’s got a shot in the costume and sound categories – and, maybe, just maybe, in the Original Score race as well. Hans Zimmer’s music is an insane but invigorating mixture of styles that plays a dominant role in the film as it trashes and reinvents all the existing conventions for this kind of movie. It’s a gas, and it ought to be recognized.