And so, one by one, the remaining pieces of the puzzle are fitting in place.

Clint Eastwood’s “Invictus” has screened, and the embargo on reviews has lifted. Peter Jackson’s “The Lovely Bones” was seen, and reviewed, after its Royal Gala screening in London last week. Rob Marshall’s “Nine” has been shown around town, though a gag order is still in place; the same thing applies to Nancy Meyers’ “It’s Complicated.” And even James Cameron’s “Avatar” has screenings scheduled.

Today I’ll look at the ones I can talk about, “Invictus” and “The Lovely Bones.” They’re two of the last great hopes for awards season – and, in my view, two films with wonderful moments and significant problems.

Verdict: I can’t imagine viewers (and voters) not being moved at times while watching the film, which deals with the early years of Nelson Mandela’s time as president of South Africa, and particularly with his canny decision to rally a divided country behind the country’s underdog team in the 1995 Rugby World Cup. It is stirring, iconic stuff, delivered without fuss and brought home by Morgan Freeman’s quiet, dignified embodiment of Mandela and by extended rugby scenes that are pretty damn exciting even if you don’t know the subtleties of the game. (If you know football and soccer you can figure out most of it – but be forewarned, for the last stretch of “Invictus” definitely turns into a sports flick.)

The problem is that I also can’t imagine viewers (and voters) not being surprised, and dismayed, by some of the film’s surprisingly clunky, overstated moments. Mandela is a saint, the races are divided, sport brings everybody together – the fact that the story works on some level, and is based on fact, doesn’t excuse the way Eastwood tells his story in the broadest, simplest strokes. To me, an emblematic moment comes when Mandela flies in on a helicopter to visit the rugby team at practice. The director uses it as the occasion for a song – but in a country with a rich, vibrant musical tradition, he uses the cringeworthy new Overture song “Colorblind,” a vapid easy-listening tune with thuddingly obvious lyrics. “This is more than a game,” indeed – and, sorry to say, this is less than a top-notch Clint Eastwood movie.

Oscar chances: When he made “Mystic River” and “Million Dollar Baby” back-to-back, it seemed as if the Academy loved everything Clint Eastwood did. But of the four movies he’s made since then, only “Letters from Iwo Jima” made it into the best-picture race; “Flags of Our Fathers,” “Changeling” and “Gran Torino” all fell short of the grand Oscar showings that some had predicted for them.

If “Invictus” does better than those three films, which I think it will, you can attribute its success to the power of the film’s subject matter, and to the expanded best-picture slate. In a year of five nominees, I suspect the film would strike too many voters as lesser Eastwood; in a year of 10, the director’s quiet craftsmanship and sterling reputation will be enough. As far as the other races go, Freeman as Mandela will be hard for many voters to resist, unless they’re sticklers for accents. Damon, though he’s completely convincing as a South African rugby player, may not have the big scenes necessary to get him much Oscar attention. “Invictus” could get a handful of nominations (or maybe just one or two), but I can’t see it being the major player that many had anticipated. 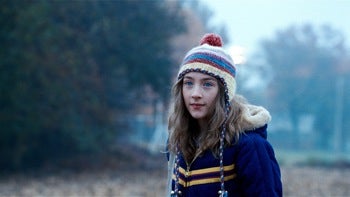 Verdict: Really, it shouldn’t work. Peter Jackson goes wild on phantasmagoric special-effects landscapes, he stretches simple conversations past the breaking point with pregnant pauses and significant glances, he uses Susan Sarandon for comic relief halfway through a story about grief and loss, and he has the villain get his comeuppance in the most haphazard way possible. In certain ways, Jackson’s version of the Alice Sebold novel about a teenage girl who’s murdered but watches her family deal with her death from a netherworld somewhere short of heaven is sort of a mess, a movie with unnecessary padding, a wildly varying tone and more ambition than good sense.

And yet, on first viewing (and I definitely need to see it again), I also found “The Lovely Bones” to be haunting and moving and more than occasionally brilliant. Those surreal landscapes that surround Saoirse Ronan’s murdered girl are constructs from her imagination, so they ought to be weird and melodramatic; in fact, with the entire story seen through her eyes (and what eyes they are), the messy, unfocused tone makes perfect sense. What counts is the palpable sense of grief, the rage and confusion, the slow movement toward acceptance – and on those counts, the movie connected in ways that were unexpected and profound. I’m pretty sure it’s not a great movie, but I sort of loved it anyway.

Oscar chances: Ever since his “king of the world” Oscar moment with “The Return of the King,” his subsequent elephantine remake of “King Kong,” Jackson has been an easy target. Between reviewers with expectations based on the book and those who think a movie about teenage girls and murder should be a return to Jackson’s roots ala “Heavenly Creatures,” the film will no doubt take its shots from the critics (some of whom have already done so), and it may have a tough time overcoming those shots to be taken seriously as an Oscar contender.

Ronan is magnetic as the central character and could land a nomination, but she’s hardly a lock; Stanley Tucci’s creepy neighbor seems likely to overshadow his dutiful “Julie & Julia” husband and become the role for which he gets a supporting-actor nod. Below-the-line nods galore are likely. And as for best picture and best director … at this point, before most of the Academy has seen the film, I’d say it’s a tossup. But I might change my mind about any of this once I see it again.