Current Academy Awards nominees, past Oscar winners and everyone who’s anyone has been hitting parties all over town as the countdown to Oscars 2019 is in full tilt. 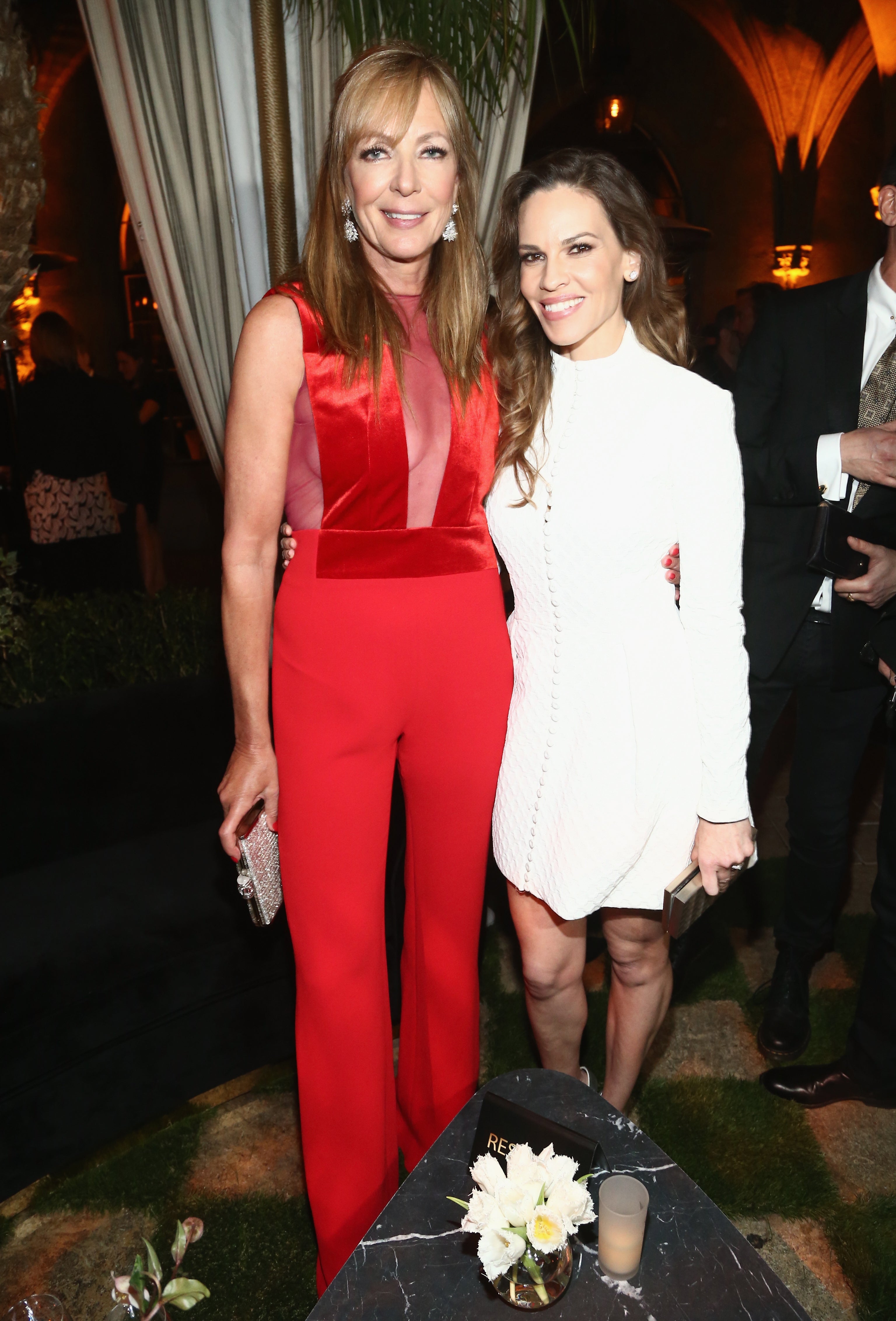 Cadillac threw its annual bash at Chateau Marmont on Thursday night, where Oscar winners including Allison Janney, Christoph Waltz and Hilary Swank literally rubbed shoulders in the packed garden with Liev Schreiber, Tiffany Haddish and Zoe Saldana. Word is that two-time winner Swank had some good advice for anyone navigating Oscar night: “Eat before you go.”

Also in the crush were Stephan James, Zachary Quinto, Kyle MacLachlan and Allen Leech, who had bounced across town from the Oscar Wilde Awards held earlier at J.J. Abrams’ Bad Robot studio in Santa Monica.

Also Read: Spirit Awards: For a Change, They're Not Trying to Be the Oscars' Baby Brother 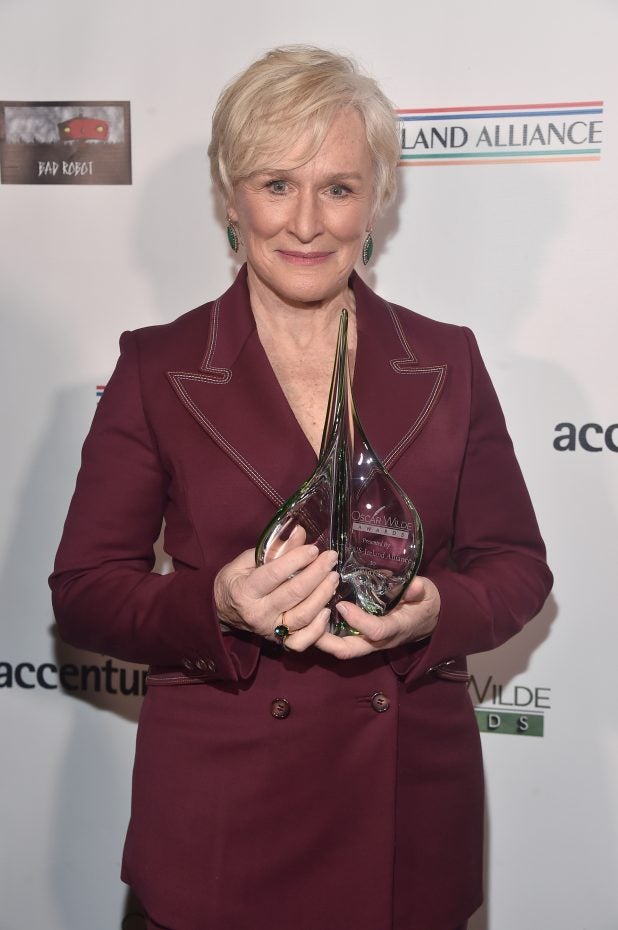 At that annual Oscar Wilde bash that reminds the world of the U.S.-Ireland Alliance, Irishman Leech (who’s on a roll with “Bohemian Rhapsody” and “Downton Abbey” turning him into a household face) presented his fellow countryman Aidan Gillen with a special award.

Chris O’Dowd got one, too, and Abrams played a congenial host to other current nominees Ed Guiney, Robbie Ryan and Peter Devlin as well as a gaggle of celebs including John Cho, Kathy Griffin, Nicole Holofcener and Paula Malcolmson. 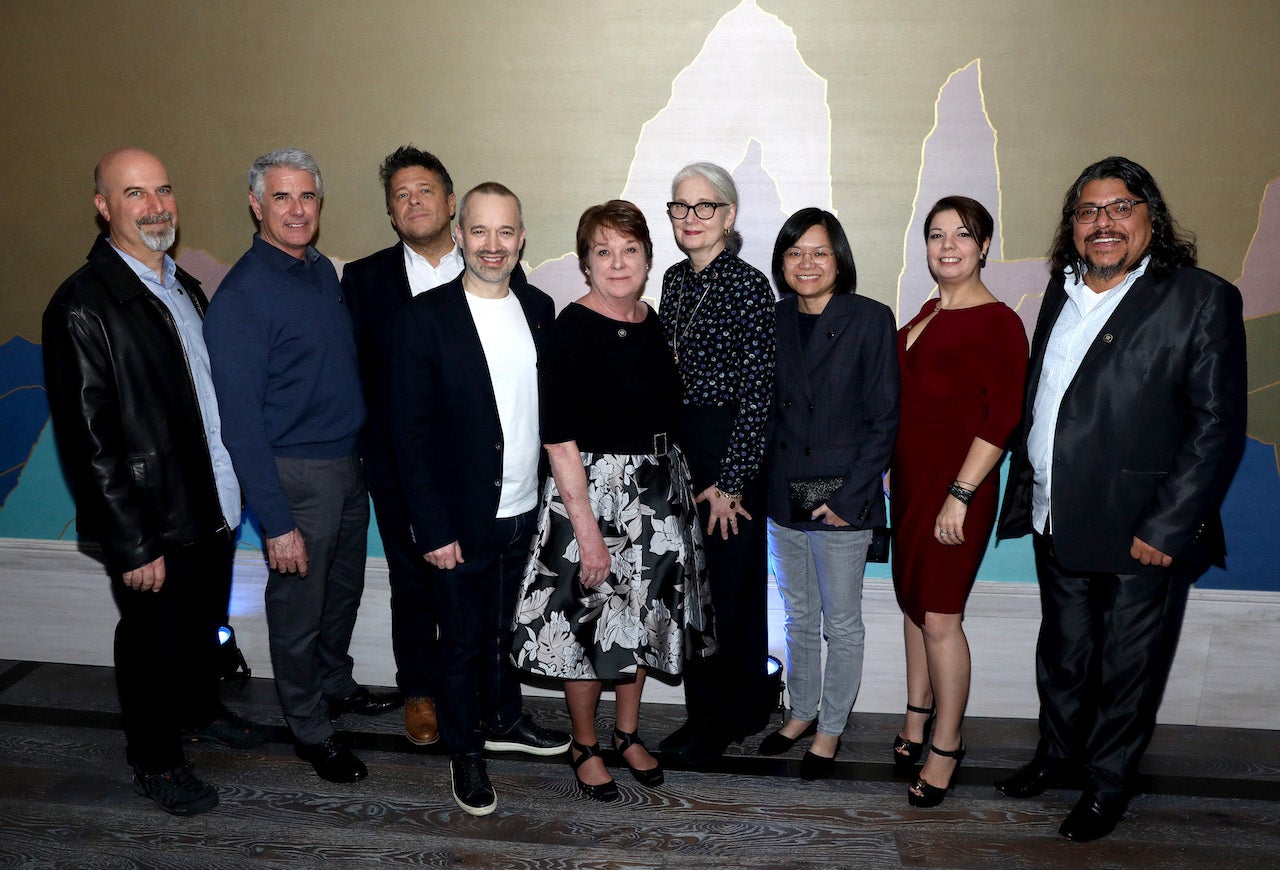 Back in Hollywood at new hotspot h club, the Dolby Laboratories reminded the Academy that cinematographers, sound editors and sound mixers deserve as much love as actors and directors, with a big party honoring the nominees in those categories.

The sound was turned up to 11 as Karasene (the live band) got everyone rockin’, including nominees Tom Ozanich and Dean Zupancic for “A Star Is Born,” Tim Cavagin, John Warhurst and Nina Hartstone from “Bohemian Rhapsody,” Mary H. Ellis, Mildred Iatrou Morgan and Ai-Ling Lee for “First Man” and Sergio Diaz from “Roma,” who all enjoyed the above-the-line limelight for a night. 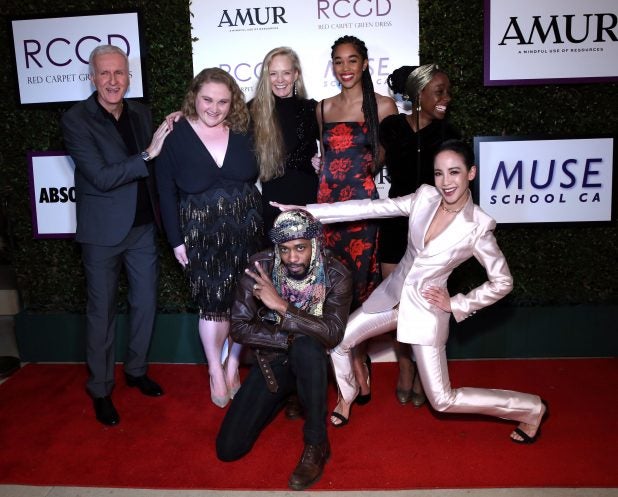 This year, Danielle Macdonald (“Dumplin'”) and Laura Harrier (“BlacKkKlansman”) will represent RCGD at the Academy Awards.

Others who made the trek up into the chilly hills to the Albright Fashion Library included LaKeith Stanfield (who wore a RCGD design last year), James Cameron, Michelle Rodriguez and Fiona Xie. 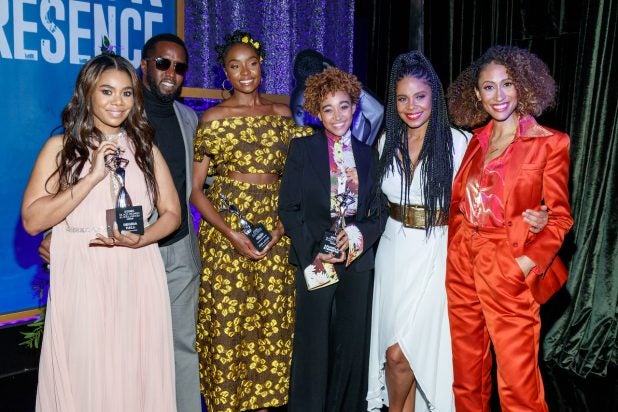 And there were even a few men in the packed place, including Sean “Diddy” Combs and “BlacKkKlansman” nominees Spike Lee and Terence Blanchard. 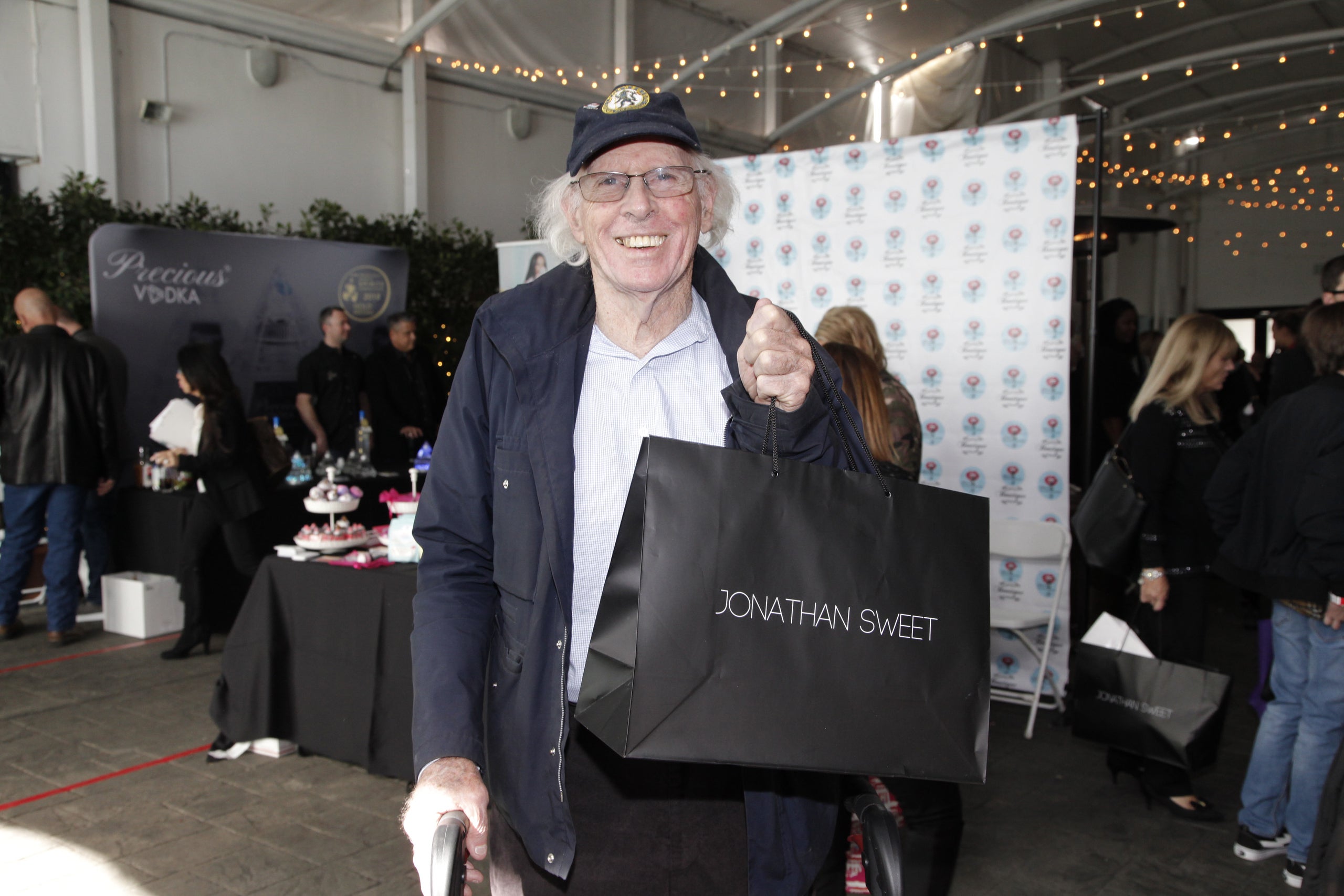 That afternoon was also devoted to collecting a bit of swag, as Doris Bergman once again hosted her 11th Annual Valentine Romance Oscar Style Lounge and Party at the Fig & Olive in WeHo, which saw a revolving door of stars.

Oscar nominee Bruce Dern (above) turned up, as did Christopher MacDonald, Esai Morales, Deidre Hall and a slew of others; everything stopped as a downpour turned into sleet and snow for a moment, causing everyone to run to see that strange climate change phenomenon in action. 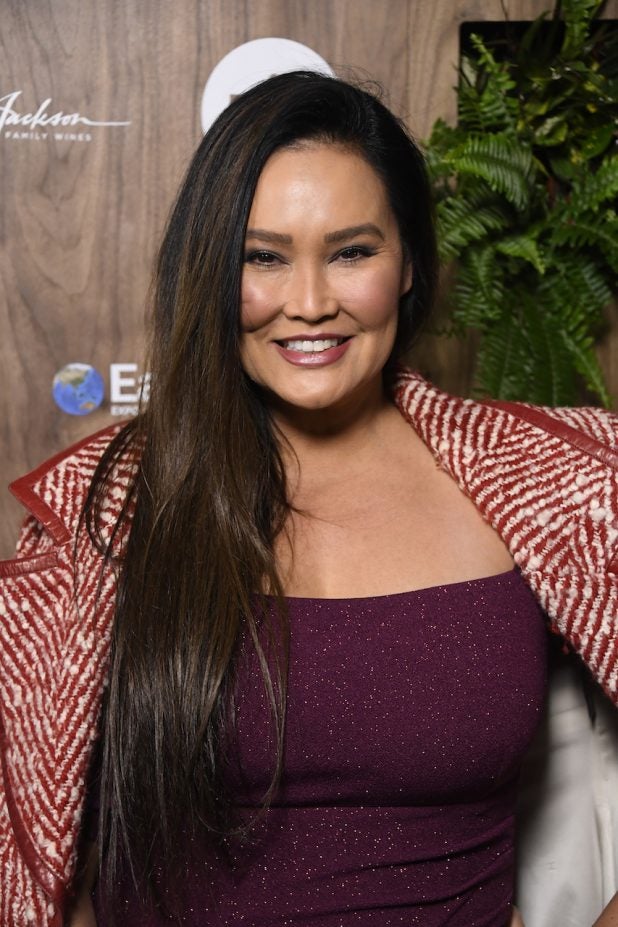 Speaking of climate change and freezing SoCal weather, Wednesday night’s Global Green 25th Anniversary Gala actually started things off during Oscar week, as the Four Seasons Beverly Hills was transformed into a grazing party filled with locally produced, sustainable foods, wines, beers and other products, all designed to get the stars thinking about protecting the planet.

With a goal to fight climate change, the organization easily drew a collection of like-minded stars to its pre-Oscar gala. Everyone from Ed O’Neill to Fran Dresher, Amy Smart, Ed Begley Jr. and Tia Carrere (above), who all enjoyed a performance by Robin Thicke after bidding on loads of ecology themed live auction items.

“This event is so important, I never miss it,” Carrere said, echoing the sentiment that rolled throughout the party.