It’s a marvelous bit of synchronicity: the biggest advertiser on last year’s Oscar show is running an ad campaign featuring the voice of the favorite for this year’s Best Actor award.

A match made in heaven, right?

Instead, the fact that “Crazy Heart” star Jeff Bridges is the voice of Hyundai could cause a problem for the automaker, which bought four-and-a-half minutes of commercial time on last year’s show. 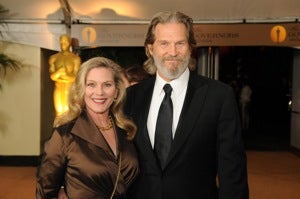 Or maybe it’d just be a problem for ABC, which can allow Hyundai to purchase ads this year but would have to position those ads carefully to avoid running afoul of AMPAS rules.

Since the show was first televised in the 1950s, the Academy has always had tight restrictions governing the commercials that can be shown on the Oscar telecast. Although the rules have been loosened slightly in recent years, the Academy still makes it difficult for advertisers to use ads featuring any of the show’s nominees, performers or presenters.

According to the Academy’s director of communications, Leslie Unger, sponsors are permitted to use nominees in their ads, but only if at least one hour elapses between the ad and the announcement of the nominee’s category. If the nominee is also a presenter, the same gap must occur between the ad and his or her appearance on the show.

The rule also applies to presenters and performers: no commercial spots featuring participating stars (even in voiceover) can run within an hour of that star’s appearance on the Oscar show.  The purpose, says Unger, is ""to maintain a clear distinction between ad content and show content."

Hyundai took over from longtime automobile sponsor General Motors last year, and according to TNS Media was the largest single advertiser on the 2009 Oscar show. If the company wants to retain that presence on the upcoming show, it either needs to run non-Bridges ads or slot all of its commercials into the first half of the show, before the Best Actor category comes up.

And if Bridges is also booked as a presenter and appears earlier in the broadcast, ABC is going to have to do some fancy footwork to find safe places for those ads.

But at least Hyundai wouldn’t be restricted the way Coca-Cola was back in 1986, when it tried to buy time on the Oscars for an ad that featured the song “Ghostbusters,” a nominee for Best Original Song that night.

The Academy reportedly told Coke that they could air the spot only if they also aired four more commercials, each one set to the music of a different nominee: “Let’s Hear It for the Boy,” “Footloose,” “I Just Called to Say I Love You” and “Against All Odds (Take a Look at Me Now).”

Coke declined; considering that every single nominee that year had been a Number One hit, the cost of such a move would likely have been astronomical.

This year’s rules governing ads on the Oscar show are the same as they were for last year’s show, which was the first after AMPAS loosened its restrictions on movie ads.

Until then, ads for films had been completely banned. “If you’re selling [movies] at the same time that you’re honoring the art, it blurs the message,” AMPAS executive director Bruce Davis once told me, admitting, “We’re a little prim about this stuff.”

But in recognition of declining ratings and a tough economy that caused ABC to cut ad rates on the telecast, the Academy’s board of governors voted to allow each studio to buy a single movie ad, provided that it be a newly-created spot advertising a movie that had yet to be released.

The result was Oscar-telecast ads for “The Proposal” and “The Soloist.”

In other Oscar advertising news, while the audience will likely be bigger, the ad rates won’t.

The cost of a 30-second spot is running between $1.3 million and $1.5 million, according to ad buyers who spoke to Ad Age. This is essentially the same price that ABC charged for ads last year, down from a high of $1.82 million in 2008.

If, as expected, higher ratings result from the interest in “Avatar” and other boxoffice hits that might make the expanded slate of 10 Best Picture nominees, ABC will be able to raise the rates for the 2011 Oscar show.

The Academy allows about 30 minutes of advertising during the three-and-a-half hour Oscar show, significantly less than most sporting events or prime-time television programs. Unlike, say, a sporting event, an Oscar show that runs long does not add additional commercials.