Here’s one interesting thing about the nominees in the Oscar Animated Short category: only one of the five isn’t fixated on death.

This year, Oscar voters came up with a slate that includes a morbid fairy tale that scares a child senseless; a tug-of-war between the Grim Reaper and a surgeon in which our sympathies don’t lie with the good doctor; a noir that finds some familiar heroes tangling with a serial killer; and a deadly crime spree that ends in a deadlier apocalypse.

Plus one that deals with coffee, not mortality.

Academy members who want to vote in the category have to attend one of four special screenings at AMPAS theaters, where they’ll see all the films on the big screen and then cast ballots on their way out the door.

Over the past few years, voters have shown a few tendencies: they like their shorts on the long side, for one thing, and they go for personal, emotional stories rather than virtuosic animation.

This year, though, there’s nothing like past winners “La Mason en Petits Cubes,” “The Danish Poet,” “The Moon and the Son” or “Ryan” to win the personal, emotional vote; the race is a tougher call, with four of the five having a shot at winning by my reckoning.

These shorts, by the way, will open on Friday in about 90 theaters around the country via Shorts International, expanding in the ensuing month into more than 100 cinemas.  They’ll also be available on iTunes beginning March 2. For information and trailers, the official website is here.

In the meantime, here’s a guide to what’s in the running; it’s the first installment in what will be a three-day survey of the 15 shorts nominees.

By far the lightest of the shorts, this farcical French entry focuses on a Parisian businessman who goes into a café for a cup of coffee, then realizes that he’s forgotten his wallet. He stalls, orders more coffee, and tries to find a way out of his predicament while an odd assortment of characters traipse in and out of the café: there’s a shaggy panhandler, an old woman, a cop …

Fabrice Joubert’s film is stylish, witty and slight, with the last of those being its likely undoing with Oscar voters. In recent years, the prize has more often than not gone to the weightiest (and often the lengthiest) entrant, not the slightest one; amusing character design and the nicely executed touch of having the main character sit against a mirrored wall probably won’t be enough to make it stand out from the pack. (The Pumpkin Factory) 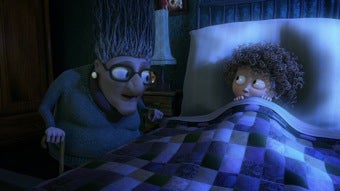 This Irish film is the shortest of the nominees, but if voters are looking for emotion it’s certainly got plenty. Granny offers to read to a youngster who’s cowering under the covers; we find out why the kid is scared when the old woman begins to tell the story of Sleeping Beauty, in the process identifying way too closely with the wicked, neglected fairy godmother who wasn’t invited to a grand christening. What starts out as a bedtime story turns into the searing if hilarious rant of a old woman who clearly has enough issues to supply subtext to a hefty volume of Grimms’ Fairy Tales.

Shifting from CG to hand-drawn animation, the short is mean and funny. Older voters, of whom the Academy has plenty, might find particular resonance in the story of a woman left behind by younger and prettier models.  (It’s not meant to be a metaphor for Hollywood, but if the glass slipper fits … ). But when voters in this category go for emotion, they’re usually looking for emotions other than anger and loneliness, no matter how humorously delivered those may be. (Brown Bag Films)

This Spanish short, whose producers include Antonio Banderas, has some of the anarchic feel of “The Nightmare Before Christmas.” An old lady looks at photos of her late husband as the pop standard “We’ll Meet Again” plays; in her sleep, the Grim Reaper pays her a visit, and she goes with him happily. But a heroic doctor intervenes and brings her back to life, prompting a wild, slapstick battle between Doc and Reaper over the fate of the woman.

It’s probably the most visually arresting nominee, riotous and wacky and wildly energetic. Last year’s nominee “This Way Up” trafficked in some of the same gallows humor, though that short was contained where this one is a morbid fever dream. The big question, to my mind, is whether Oscar voters can embrace a wacky comedy that essentially argues in favor of assisted suicide, or at least makes a case that live-saving measures can be a real pain in the butt. (Kandor Moon) 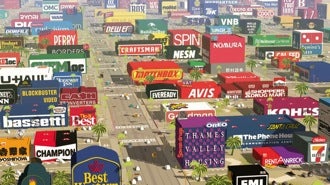 Of all the nominees, this is the freshest and the most audacious by far. But the dialogue is straight out of Tarantino at his raunchiest, and the violence gleefully escalates to a ridiculous level before a natural disaster intervenes. Are voters ready for something this profane, this unhinged, and this irreverent? I kind of think they might be, although I’m sure more conservative Academy members will run the other way. (Autour de Minuit) 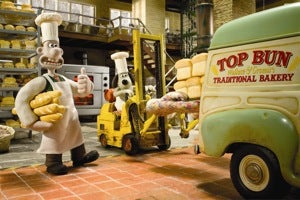 Aardman Animation’s Nick Park has a remarkable Oscar record: he’s been nominated five times and won four of those, with his only loss coming in 1991, when he had two nominations in the same category and thus lost to himself. His latest installment in the continuing Claymation tales of Wallace and Gromit takes the kindly baker and his dog into film noir territory, with nods along the way to everything from “Ghost” to “Citizen Kane.”

Over the course of half an hour, Wallace and Gromit fall in love, have their hearts broken and tangle with a murderer who’s targeting bakers. As with Park’s other films, this one is inventive and charming, and it also packs a nice emotional kick at the end.

In certain ways, it seems like an obvious winner from a master of the genre, except that the landscape in this category may have changed since Park was last here. Pixar, for instance, won four times in the category until 2003, when that company’s “Finding Nemo” won Best Animated Feature; since then, their shorts have gone 0-for-5 while the company has consistently won in the feature category. Now that Park himself has won for his feature “Wallace & Gromit in the Curse of the Were-Rabbit” (2005), will voters figure that Aardman, like Pixar, should play with the big boys and leave the short category to smaller filmmakers? (Aardman Animations)

Bottom line: “Logorama” is the short that stood out for me. “The Lady and the Reaper” has an energy that could be irresistible. “Granny O’Grimm” could conceivably pull an upset. And how can you bet against Nick Park?

For now I’m guessing it’ll be “Logorama,” but my confidence in that pick is lukewarm at best.