Has anybody heard when exactly the Fan Favorite segment will be airing on Oscar night? You know, that new thing the Academy is doing with Twitter where regular folk get to vote online for their choice of Best Picture? The results are supposed to get announced at some point during the March 27 broadcast and I’d really like to know what time. Because that’s the only part of the show I’m interested in.

In case you can’t tell, I’m pretty much over the Oscars, or at least Oscar voters.

Back in 2009, the Academy doubled the number of Best Picture nominees to try to make the show more people-friendly and bring more mainstream movies into the race (“I would not be telling you the truth if I said the words ‘Dark Knight’ did not come up,” then Academy president Sid Ganis told The New York Times of the decision, referencing Christopher Nolan’s acclaimed but snubbed superhero film from the year before). But it clearly hasn’t worked. Instead, the category is now filled with (up to) 10 films hardly anybody has seen instead of five, which is not exactly progress.

Take this year. Sure, there are a smattering of populist picks, like Denis Villeneuve’s “Dune” and Steven Spielberg’s “West Side Story” (although neither of them was populist enough to become a box office hit). And Kenneth Branagh could make a cat food commercial that generated Oscar buzz, so “Belfast” has some heat.

But “Drive My Car”? A Japanese art-house flick about a grieving theater director putting on a multilingual production of “Uncle Vanya” in Hiroshima? How’d that get on the list? “Licorice Pizza” has a cool indie director (Paul Thomas Anderson) and “The Power of the Dog” has an even cooler one (Jane Campion). But most of America — indeed, most of Los Angeles — probably has no idea what those two movies are about (Hollywood wannabes in the 1970s and Montana ranchers in 1920s, in case anyone asks).

Granted, we’re in a pandemic, and the pickings are slim. Still, there are 10 slots. Two or three could be filled with popcorn movies. A lot of these nominees are so esoteric they make Lars von Trier’s films look like they belong in the Marvel Cinematic Universe.

I’m not suggesting that “Spider-Man: No Way Home,” the biggest crowd-pleaser of the year judging by its $1.7 billion worldwide grosses, is worthy of winning Best Picture. But is a nomination completely crazy? In what universe does “Don’t Look Up,” Adam McKay’s dramedy about a comet crashing into Earth — one of the worst-reviewed movies of the year, even if it was one of Netflix’s most-watched — deserve a slot over Cary Fukunaga’s “No Time to Die,” a film so desperate to be taken seriously as a work of cinematic art that it killed off James Bond?

“King Richard” might be great and ditto “Nightmare Alley” — like most of America, I haven’t got around to seeing either yet — but are they so much better than, say, “Cruella,” the most wildly entertaining grown-up Disney movie ever to turn a cartoon villain into a fashion icon? I suspect not.

I also suspect the Academy is well aware that the tastes of its 9,400-plus voting members are woefully out of step with what’s left of the theater-going audience, otherwise they wouldn’t be attempting to boost viewer engagement with a Fan Favorite gimmick in the first place. Of course, the Academy is also pretty clueless about the ways of the internet, so the poll — which runs on Twitter through March 3 and allows anyone to submit their own Best Picture selections by using the hashtag #OscarsFanFavorite — will almost certainly be a total mess.

Already fan boys are up in arms over the “Snyder Cut” being deemed ineligible (since Zach Snyder’s original “Justice League” came out in 2018 and was at least theoretically eligible for an Oscar back then). Ultimately, the winner of this brand-new stunt category will likely be decided by bots and hackers, or hardcore Camila Cabello fans hunched over their Twitter accounts for days on end. At this writing, incredibly, Amazon’s universally panned “Cinderella” musical appears to battling for the lead with, among other contenders, Snyder’s “Army of the Dead,” “The Suicide Squad” and the Johnny Depp stinker “Minamata.”

But I’m OK with whatever films the multitudes choose. Their selections are bound to be a lot more fun than what real Oscar voters have been picking these days. 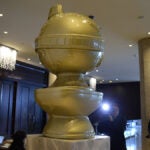