As with all Oscars “In Memoriam” segments since time immemorial, there was a heartfelt speech, melancholy music, a video montage and … outrage over who was left out.

Tyler Perry introduced the segment with a personal tribute to Poitier, who became the first Black Best Actor winner in 1964 for “Lilies of the Field.”

“He was the fist, and for far too long, the only Black man to win an Oscar for Best Actor,” Perry said, as strains of Sara McLachlan’s ubiquitous “I Will Remember You” swelled in the background. “I would not be here today were it not for Sidney. All of us are so blessed and honored to be so inspired by him. To you, Sir, with all of our love.” 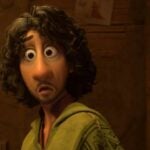 Halyna Hutchins, the “Rust” cinematographer killed this year when a gun held by Alec Baldwin discharged on set, was also among the honored — not all of whom the average Oscars viewer would necessarily recognize. And as always, a handful of those they very well might were left on the cutting-room floor.

Perhaps most notably was Bob Saget, himself a Student Academy Award winner for his 1977 black-and-white documentary (and his first-ever credited project) “Through Adam’s Eyes.” Saget, who was also Grammy-nominated for his 2013 comedy album “That’s What I’m Talking About,” was better known as a TV star (“Full House,” “America’s Funniest Home Videos”), but did have 16 film acting credits (including the upcoming posthumous release “Killing Daniel”), and directed the 1998 comedy “Dirty Work,” which starred Norm MacDonald. 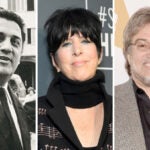 Speaking of MacDonald – Saget’s close friend and fellow actor/comedian, who died in September of last year, was also left off the list. As were well-knowns like Ed Asner, Louie Anderson, and writers Anne Rice (“Interview With the Vampire,” “Queen of the Damned”) and Joan Didion (“Play it as it Lays,” and the 1976 version of “A Star is Born”).

But the greatest shock seemed to come from the omission of Saget, whose January death under murky circumstances was still fresh in memory during the Sunday telecast. Saget was found dead in his Florida hotel room; an autopsy revealed severe blunt-force head trauma, the exact cause of which has not been clearly determined, at least publicly. His death was ruled accidental.

“Rioting because Bob Saget wasn’t in the In Memoriam portion of the #Oscars, tweeted Emily Hall.

Wrote Mike Mulia: “Cancel the #oscars for not mentioning Bob Saget in the Memoriam.”

Some just assumed they’d blinked when he was mentioned – but they hadn’t.

Truth is, no one would have taken the omission in stride – or been able to mine it for a wicked, borderline inappropriate, self-deprecating joke – quite like Saget.