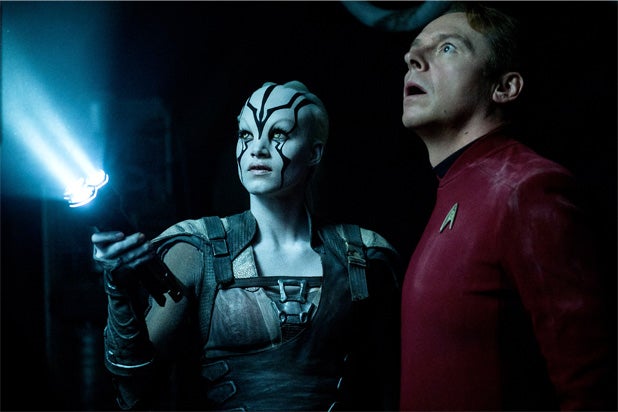 Creepy prosthetic makeup and stylish period makeup share space on the Oscars shortlist in the Best Makeup and Hairstyling category, the Academy announced on Wednesday.

Shortlisted achievements include the prosthetic alien makeup of “Star Trek Beyond” and the prosthetic superhero designs of “Suicide Squad” and “Deadpool,” along with the period makeup and hair of “Florence Foster Jenkins,” “The Dressmaker” and “Hail, Caesar!”

Also on the list: the Swedish Oscar entry “A Man Called Ove,” which makes extensive use of old-age makeup.

Films missing from the list that were expected to be contenders include “Hacksaw Ridge,” “Jackie,” “Rogue One” and “Fantastic Beasts and Where to Find Them.”

The Makeup and Hairstyling Branch has provided some of the most offbeat nominees in recent years, allowing “Norbit.” “The Time Machine” and last year’s “The 100-Year-Old Man Who Climbed Out the Window and Disappeared” to bill themselves as Oscar-nominated films.

The shortlist was compiled from votes by members of the branch, with a minimum of 15 voters required to make recommendations to the branch’s executive committee.

Clips of no more than 10 minutes in length from the shortlisted films will now be shown to members of the branch, who will vote to select the three nominees. Members of the branch who cannot attend the clip screening, but who have seen all seven of the semi-finalists will also be allowed to vote by mail.

The makeup and hair shortlist is the last of the seven Oscars shortlists to be announced by the Academy, with others coming in the Best Documentary Feature, Best Foreign Language Film, Best Visual Effects and three short-film categories. The other 17 Oscar categories do not use shortlists.

Nominations will be announced on January 24, with the 89th Oscars taking place on Feb. 26.