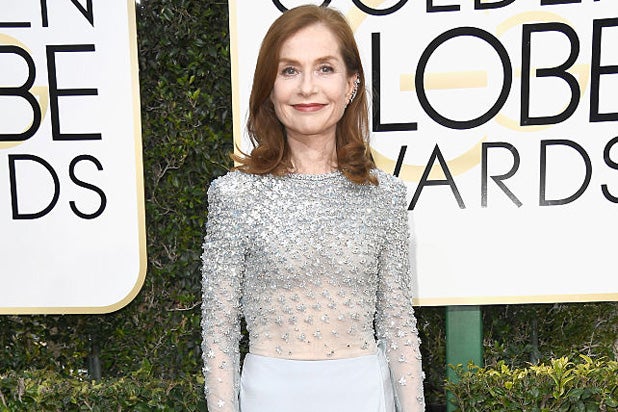 Isabelle Huppert beat out Amy Adams and Annette Bening to compete in a particularly strong field of Best Actress Oscar contenders announced Tuesday morning, and the “Elle” star is grateful for her “fearless” director Paul Verhoeven.

“I read the book first. Then I read the script,” Huppert told TheWrap. “Before reading the script, I knew Paul Verhoeven was going to to do the film. I couldn’t think of a better person. He’s fearless, he has no prejudices. I knew he was going to take the story where it is.”

“Elle” follows Michèle, a successful female executive who develops an unusual relationship with her rapist — a character that isn’t the easiest to step into. But Huppert credited Verhoeven for presenting Michèle in full and not backing away from her uncomfortable character traits.

“To step into the woman’s life, complexity, reactions,” Huppert said. “How she is and not how people would dream she would be. And I think people relate.”

Huppert said she’s most grateful to the Academy, and also to movie fans that embraced “Elle,” which is a French-language movie with a complicated emotional plot — not exactly popcorn cinema.

“It’s a film people really have to get to,” she said. “It is really entertaining, but its really very ambitious in a way.”

“There are so many reactions from the United States,” she said. “I think people are really proud and happy. It’s a reward for a certain kind of cinema, and I think everywhere in the world you have cinephiles you have people that love cinema.”