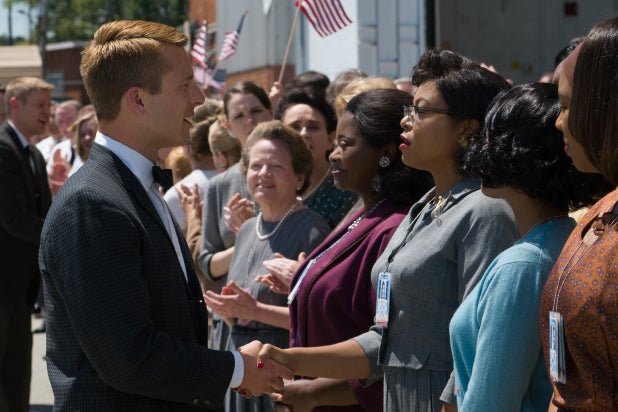 Competition for this year’s Oscar nominees for Best Picture is high and all are deserving, including “Hidden Figures,” which tells the relatively unknown story of three female black NASA mathematicians who changed of space engineering.

The critical and commercial successes of “Hidden Figures” speak for itself. The film starring Taraji P. Henson, Octavia Spencer and Janelle Monae defied all expectations and opened wide to $22.8 million and has since earned $131.4 million domestically although the film was only produced for $25 million. It has a CinemaScore of A+ and a Rotten Tomatoes score of 92 percent.

With its countless award nominations (including three Oscars) and SAG Awards win, it’s clear the film resonated with people in a time when the country seems to be divided. The film not only sheds light on a story that is relatively unknown but boasts a stellar cast that effectively draws audiences in (with powerful one-liners by Monae and Henson).

It’s an important story, illuminating the power of the human mind as well as the struggles of the African-American community in the 1960s. You find yourself shaking your head when Henson has to walk half a mile in heels to get to the “colored” women’s bathroom or when she has to drink out of a different coffee carafe than her white, male colleagues. But you’ll find yourself smiling and maybe even shedding a tear when Henson, Spencer and Monae all achieve goals they thought were impossible.

Spencer plays Dorothy Vaughn, one of the human “computers” employed by NASA to do rapid-fire math to support the effort to launch a manned rocket into space. Katherine Johnson (Henson) was a math prodigy who helped calculate key trajectories for John Glenn’s orbit around the Earth in 1961. And Mary Jackson (Monae) became the first African-American female aerospace engineer after petitioning a court to be allowed into a segregated school for her training.

“Hidden Figures” also arrives at an important time. Last year, the Academy drew backlash for a second straight year without a single nonwhite acting nominee. Spencer was one of seven nonwhite actors recognized this year.

And four of this year’s Best Picture nominees — “Fences,” “Hidden Figures,” “Lion” and “Moonlight” — are led by nonwhite casts.

“Hidden Figures” tells an important part of history in a time where the divided country needs hope and a reminder that diversity is crucial to success, and that the human mind can do incredible things if we all just work together.