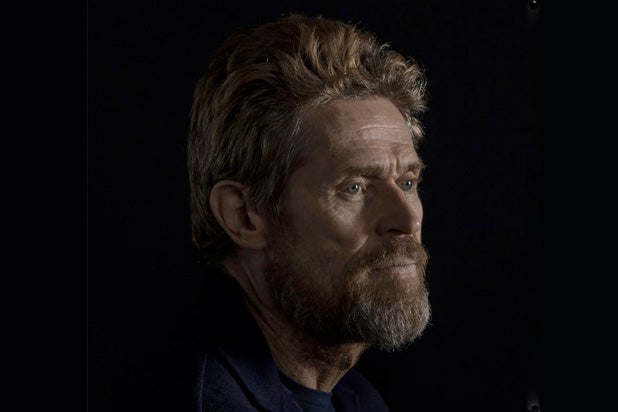 Willem Dafoe has known Julian Schnabel, a famed painter and his director on “At Eternity’s Gate,” for roughly 30 years. But Dafoe, who received his fourth Oscar nomination on Tuesday morning and his first ever in the lead actor category, explained why the experience making this film made him closer to Schnabel than ever before.

“It’s a very personal kind of filmmaking. So I become his creature. I become an extension of him,” Dafoe told TheWrap. “One of the beautiful things about it was I felt like we were the same person. We had a short hand, we didn’t talk much, but we did the painting, and we were in the places where Van Gogh was. It was a very strong experience, and the film is an expression of that.”

Dafoe portrays Vincent Van Gogh in “At Eternity’s Gate,” which he describes as an unconventional biopic that doesn’t strictly articulate Van Gogh’s thoughts but tries to imagine them through scenery, elegant cinematography and intimate close-ups, of which Dafoe can be seen in nearly every frame of the film.

In that sense, Dafoe says that Schnabel’s directing style emulates the way he works in his art studio. It’s a movie about a painter, from a painter, Dafoe says, and an extremely personal one about identifying an artist’s creative impulse.

“He has very strong ideas, but there’s also something organic in that he’s flexible. What arises, what presents itself to him, he’s very able to take on,” Dafoe said of Schnabel. “He’s got a strong vision, but he’s not didactic. He’s trying to find something out. It’s not like he has something that he wants to explain to you, and then he’s going to do the work to communicate that. It’s more of an experience of creating a structure and making something that speaks to an experience that he’s having.”

Dafoe’s nomination came as a pleasant surprise to many, but Dafoe says he was “hoping” for it. Now that it has been recognized, he hopes a wider audience can discover the film.

“Let’s talk about the elephant in the room: when these movies are released, it’s not even a question of small film or big film. Sometimes there’s enormous advertising budgets that make people aware of this movie. And we were challenged on that,” Dafoe said. “So to get this recognition from peers helps put this movie on people’s radar.”

Dafoe says Schnabel’s work is a huge part of “At Eternity’s Gate” and that he deserves to be recognized as well. And while he doesn’t know what he’ll say just yet if he were to win, the inspiration will come.

“Geez Louise! I was just nominated an hour ago, I didn’t sleep much last night. I haven’t gotten that far,” Dafoe said. “But I will go to the ceremony, and when I’m at the ceremony, believe me, I will have something up my sleeve, if I win, because this movie is very dear to me.”