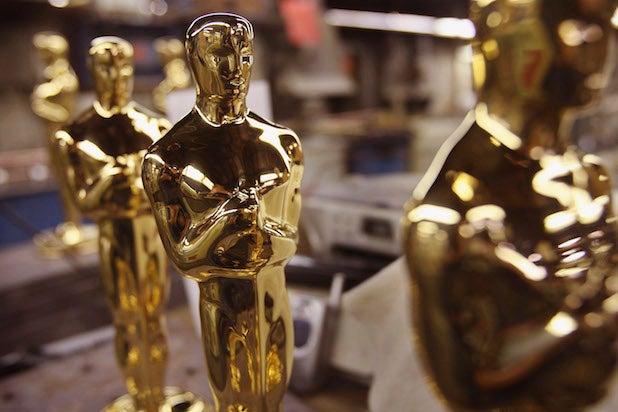 April Reign, the creator of the #OscarsSoWhite hashtag, believes the media is simplifying the very complex issue of lack of representation in film, and is turning it into a “binary black and white issue” amid outrage over the lack of diversity across this year’s Oscar nominees.

“The fact that people use the word boycott … that’s not a word I use, that’s not a word Spike [Lee] or Jada [Pinkett Smith] are using, but that’s a nice little catch word, a flash point for journalists, and it kind of simplifies a very complex issue,” Reign told TheWrap. “I’ve seen many journalists, especially international journalists, that have attempted to simplify this into a binary black and white issue, and it was never that.”

Instead, Reign said that #OscarsSoWhite is not only representative of the lack of African-American actors in film, but other diverse communities as well.

“This is an issue about all diverse communities, not just race but also sexual orientation, and gender and age and the differently abled,” she added. “None of those people are well represented in film right now, and to say this is just about wanting to have Idris Elba nominated for an award is simplistic.”

#OscarsSoWhite began resurfacing on Twitter when the Academy failed to nominate a single person of color for the second year in a row. The outrage over the lack of diversity made stars and filmmakers such as Will Smith and wife Pinkett Smith, Michael Moore and Lee say that they would not attend the ceremony this year.

In response, the Academy of Motion Picture Arts and Sciences announced on Jan. 22 what it referred to as “a sweeping series of substantive changes” to its rules to promote diversity in Academy membership and to double the number of women and diverse members of AMPAS by 2020.

“I think its a good first step, and I am encouraged by the fact that the changes have been made, but there is definitely more work that needs to be done,” said Reign about the proposed changes by the Academy. “The onus is still on Hollywood to create more representative and inclusive films because the Academy can only nominate quality films that are made, so this does not end on Feb. 28 for me or for anyone that is frustrated with the lack of inclusion in film.”

Expanding on that, Reign said that studio heads should operate from a more inclusive standpoint, as they are the ones who green-light films or decide who will be cast in films and “who will tell the stories behind the camera.”

Additionally, Reign said that the issue of lack of diversity extends to multiple platforms in the entertainment business — not just film.

“We also see issues about lack of inclusion in literature and so I think this is a fight that can happen on multifaceted platforms,” she said. “We need to continue to raise awareness and concern about these issues so that my children and their children can have a variety of choices when deciding what entertainment moves them.”

Reign started the hashtag #OscarsSoWhite when the nominees for the 2015 Academy Awards were announced, tweeting, “#OscarsSoWhite they asked to touch my hair.” Since then, especially since the Academy neglected to nominate an actor of color again, she has seen overwhelming support from all over the world, hinting that the issue of diversity is not just limited to the United States.

“I’m very moved and appreciative of all the support that I’ve received worldwide, and that a hashtag has encouraged so many conversations on this issue,” she said. “What we’ve seen is that this is not related only to the United States but also German filmmakers are speaking out about lack of diversity in German films, similar to Brazilian filmmakers … I think it’s a worldwide problem but it’s one that can be surmounted if Hollywood and other filmmakers and studio heads around the world think with a broader perspective about who should be cast to tell stories and who will tell those stories behind the cameras. It really starts on the page and hopefully we will see a move forward.”