“Our Flag Means Death,” the high concept HBO Max pirate comedy that stars Rhys Darby as real-life “gentleman pirate” Stede Bonnet and Taika Waititi as the infamous Blackbeard, is easily the biggest (and best) streaming surprise of 2022. Since its inauspicious debut in early March, it has grown to become one of the most in-demand shows on streaming, generating tons of interest and fan engagement, particularly when it comes to Bonnet and Blackbeard’s romantic relationship. Of course, since the first season is now streaming (and generating so much attention) the question remains: when is it coming back?

As it turns out, creator and showrunner David Jenkins doesn’t have a clue either.

“Yeah, no news on that,” Jenkins told TheWrap during a recent interview. “It’s hard because of the analytics. And HBO Max. And then, you know, HBO, Max has gone through a lot. They’ve got this huge merger. People get scared for their jobs, rightfully so. And then their metrics are their own, they don’t really share. They don’t really share their viewership data even with us. It’s pretty unclear what’s going to happen.”

If you watched the end of Season 1, you know that it ends on a huge cliffhanger, with Steed and Blackbeard separated. Jenkins said that they were working on the assumption they would be back for a second season and Blackbeard returned to his feral, pirate-y ways. “I think there are ways to do it that are less painful. For me, that’s just the story I wanted to see in the first season. I think, if you show them getting together, I mean, part of a rom-com is heartache,” Jenkins said. “And, you know, are they going to overcome that. It ends almost like where the second acts of the rom-com story would end. And to me that’s always satisfying. If it ends that way, it makes you want to come back.”

While nothing has been written for the second season, Jenkins says they know what “direction want to take it.” And that returning for a second season would allow him and the other writers to really exploit what a wonderful, multifaceted cast they had assembled in the first place. “That’s the joy of working with an ensemble. And, you know, the tricky thing about making the first season of an ensemble comedy is you don’t really know what everybody’s superpower is. And then you learn it,” Jenkins said. “With a second season, you know everybody and what they do way better and you can, make it tailor made for them.” Jenkins said the cast is “unusually strong” and it’s very clear he can’t wait to do more with them. (The cast also includes Joel Fry, Samson Kayo, Vico Ortiz and Nat Faxon.)

“Our Flag Means Death” was born of Jenkins coming across the story of Steed and Bonnet. He was intrigued by “holes” in the official historical record, including the answer to the question: why was he with Blackbeard? And why did he leave his family? Soon, a picture emerged in Jenkins’ head: “Very quickly, to me, I went, Okay, like he came and Blackbeard had this very intense relationship that looks like a romantic relationship and what would happen in a breakup?” Jenkins realized that this was the story he could tell over the course of Season 1. “It’s these two people finding each other and falling in love.” And Jenkins admits that the end of the season, while heartbreaking, was “generous.” “In reality, their falling out was pretty bad. And then they never saw each other again,” Jenkins said. Spoilers!

Jenkins explained that the falling out involved the Act of Grace, also known as The Proclamation for Suppressing of Pirates and issued by King George I, which offered a royal pardon for acts of piracy. (This is a part of the show’s first season.) Of course, Blackbeard steals Stede’s ship, maroons his crew on a sandbar somewhere and left Stede for dead. Stede spent the rest of his life trying to track down and murder Blackbeard. “That’s when he actually became a confident pirate,” Jenkins said. Not that the narrative of “Our Flag Means Death” will follow this narrative, should it continue. “I think we’re diverging from that,” Jenkins said. “It’s not so satisfying that they die separately, and he never sees them again.”

When we asked if the show suffered from any of the so-called curse of the pirate project – something that followed every major pirate project until Disney’s “Pirates of the Caribbean,” most notably Roman Polanski’s “Pirates” and Renny Harlin’s “Cutthroat Island” (which bankrupted an entire production entity) and Peter Sellers’ ultimately unreleased “Ghost in the Noonday Sun” — Jenkins marveled at how smooth the production of “Our Flag Means Death” went. From pre-production to production (which utilized a similar “volume” technology to what was utilized on “The Mandalorian”) to working with co-star and executive producer Taika Waititi (“He was mostly just really supportive”). In terms of the pirate curse, Jenkins joked: “We’ll see if it’s deferred and we don’t get a second season.” 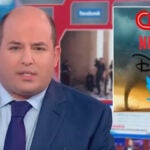 One thing that seems to be making the agonizing wait on a word about Season 2 has been the online response to the show – endless tweets, fan art (some of it quite saucy) and reinterpretations. Jenkins sounded genuinely blown away by the outpouring of support. “I think we’re all in awe,” Jenkins said. “Other people I’ve talked to in the cast and the production, I think everybody’s like, You never get this. This never happens. It’s one of those things where you just savor it, because how often does this happen?” Jenkins said he’s “genuinely impressed” by “the interpretive work that people are doing.” “It’s like somebody made dinner for you with your ingredients,” Jenkins said. “It’s delicious and it’s something you never would have thought to do with those ingredients. It’s just coolest feeling. I mean, you can’t fake it. Either it happens or it doesn’t. Most of the time, it doesn’t.”

And if “Our Flag Means Death” ends up being a one-and-done season, Jenkins won’t be disappointed. While pointing out that he and the entire cast and crew very much want it to come back, he has made peace with the fact that it very much could be over. “This is not what you want to hear when you want something to come back,” Jenkins said. “But it is on some level like amazing that they let us do this. And if they decide not to do it, it’s going to be a bummer. But ultimately at the end of the day,” Jenkins paused and thought of the quote, “Don’t cry because it’s over, smile because it happened.” We hope they return for more weirdly poignant seafaring hijinks. But if one season is all we got, we’re thankful for every unexpected minute.