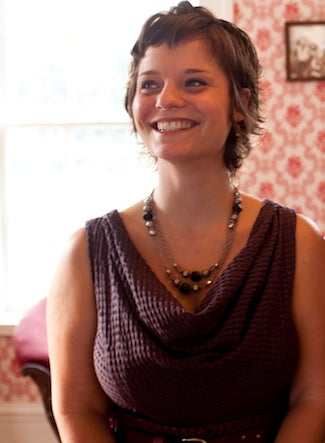 After scoring a hit with the unique White House doc “Our Nixon,”  which aired on CNN, Penny Lane is turning her attention to another eccentric and ultimately disgraced American, Dr. John Romulus Brinkley.

Yes, the subject of her latest film, “Nuts!” is a bit less famous, but no less fascinating. Dr. Brinkley was a nomadic con man who scored big time during Depression-era America by selling a sham impotence cure made from goat testicles.

Lane first stumbled upon the little-known story while doing research at an archive in Kansas around seven years ago, and says she was immediately drawn to the strange tale — both for its historical value and the similarities it shares with the present day, which is littered with unregulated fake supplements, alternative medicine, and weight loss cures.

“The thing about him is that he is so good at being a con man, and the methods that medical quacks use today are the same exact things that he did then,” Lane told TheWrap. “There’s really nothing different about the way he convinced the world of this fake cure than the way people are doing it now. I’m making the movie because I want to help people understand how not to be taken in by these quacks.”

On Tuesday, Lane launched a Kickstarter campaign to raise $78,000 in order to finish the film, which will be a mix of archival footage, interviews, and animation. Each of the movie’s seven chapters will be introduced with animation from a different artist, which requires significant funds. The Kickstarter money will also go toward finishing the musical score.

As for where she envisions “Nuts!” getting distribution, Lane said she wasn’t sure, but hadn’t ever expected CNN to come knocking for “Our Nixon,” which was a hit at SXSW. Digital platforms such as Netflix have been a blessing for documentaries, she noted, and Lane says she could envision the film ultimately finding a home on one of those networks.

Ultimately, the story isn’t all that different from that of Nixon — aside from the goat testicle part.

“It’s such a great character, and in a lot of ways it’s not a huge departure from ‘Our Nixon’ because in both films I have a central character who is a pretty bad person,” she said, laughing. “In both cases they’re characters who reflect the American Dream, they were born with nothing, in abject poverty, and both of them in different ways rose to these really high peaks of fame and influence. And then both of them had these fatal flaws … with Brinkley, it was the fact that he hitched his star to his con. Con men always get caught in the end.”