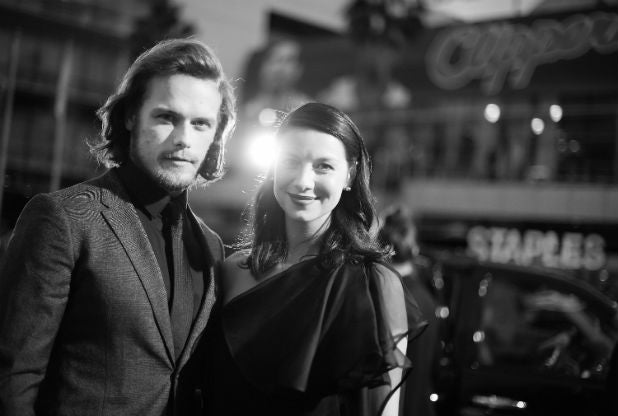 “Outlander” is taking fan outreach one step further. The Starz series, which returns for its second season on April 4, is embracing Twitter’s new video app Periscope as a way to connect with viewers around its sophomore season screening.

Episode 109 of  screens at the Ziegfeld Theatre in New York City Wednesday as well as at 10 affiliate screenings across the U.S. (Boston, Charlotte, Dallas, Denver, Los Angeles, Northern California, Philadelphia, Portland, Seattle and at the Phoenix Film Festival).

Fans unable to attend in person can follow the action on Twitter using the event hashtag #TartanAffair — the content will include Twitter mirror selfies and exclusive video clips — and viewers will also be able to watch in real time as Starz’s social media team uses Periscope to stream from the red carpet. The stream, which kicks off at 5:45 p.m. ET, will include an costume and set exhibit with Executive Producer Meryl Davis and a post-screening Q&A.

“We loved the idea of offering our fans around the country unfiltered, premium access to the red carpet with the cast and crew, even if they aren’t in New York,” Alison Hoffman, Executive Vice President of Marketing for Starz told TheWrap.  “Periscope allows us to deliver an unproduced, authentically live experience – one that most closely replicates the one you would have if you were physically able to attend the event.”

Amping the excitement factor is the fact that the Periscope stream will disappear within 24 hours. “The fans are so passionate and hungry for ‘ content that they will try new platforms in order to consume in real-time,” said Hoffman. “That’s one of the reasons we won’t be posting the Periscope stream to YouTube after the event is done. We want to build urgency around tuning in live.”

Fear of missing out on quality face time with their favorite stars is a big part of the app’s appeal with fans. Periscope, which Twitter acquired in January for a reported $100 million, launched last week. Since then, Hollywood has jumped on board and TV viewers have paid attention.

Users have been treated to behind the scenes Periscope streams from the sets of shows such as the “Today Show,” “Late Night With ,” “NBC Nightly News,” “The Voice” and “American Idol” and stars from Aaron Paul and Arnold Schwarzenegger to Ryan Seacrest.

Earlier this week, TheWrap caught up with Sam Heughan and introduced the Scottish star to Periscope, connecting him with fans for a 5-minute stream where he encouraged followers to shower him with hearts (Periscope’s version of a Twitter favorite) and shared his love for In N Out, dance music and science fiction.