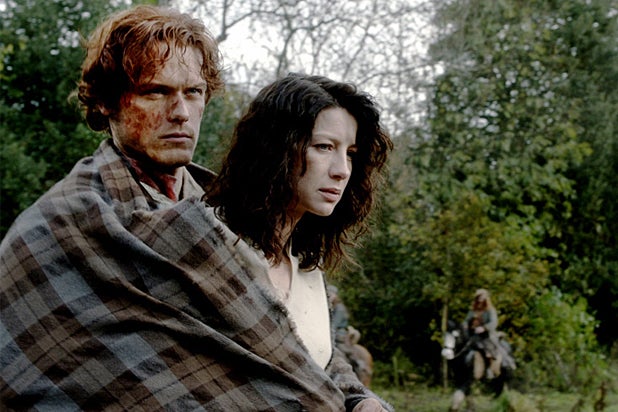 Starz’s new time-jumping drama “Outlander” got off to a strong start with its  premiere over the weekend, nabbing more than 720,000 total viewers with its initial telecast on Saturday and amassing 3.7 million total viewers when multiple airings and multiplatform views are factored in.

Across multiple airings on Saturday, the “Outlander” premiere had 1.7 million total viewers, matching the premiere day for the network’s pirate drama “Black Sails.”

Broken down along gender lines, the audience for the “Outlander” premiere was 51 percent female and 45 percent male among the 18-plus crowd, even though social media buzz indicated that most of the free sampling for the series were female.

Though the numbers for the “Outlander” premiere are complicated due to the multiplatform viewings and free sampling, it’s not unheard of for a network to offer a new series on multiple platforms and for free in order to generate interest in a new show. “Showtime” made a similar move with its May premiere of “Penny Dreadful,” which made its debut on a weekend Showtime was offering a free preview of the network, the non-subscribers who tuned in were not counted among the “Penny Dreadful” viewership numbers.