A prequel to Starz’ hits series “Outlander” is in the works at Starz, with showrunner Matthew B. Roberts attached to write and executive produce the spinoff, Variety has reported.

Ronald D. Moore, who developed the time-traveling romance for television, will also executive produce with Maril Davis through their Tall Ship Productions banner. Sony Pictures Television will serve as the studio for the prequel, as it does for the current series.

While Diana Gabaldon, the author of “Outlander,” announced earlier this month on Facebook that she is working on a new book series about the parents of main character Jamie Fraser (played by Sam Heughan), it’s not clear that the Starz spinoff would be based on the new novel. 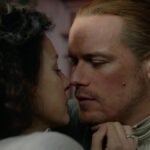 A prequel series could also draw on Gabaldon’s 2013 novella “Virgins,” about Jamie’s life before Claire (Caitríona Balfe) when he and pal Ian Murray were mercenaries in 1740s France.

TheWrap has reached out to Sony and Roberts’ and Moore’s attorney, as well as Starz for comment.