Hollywood is so fearful of original ideas that it’s even willing to revisit bad ones.

Not content with redos of titles that could use a little freshening-up, like "Clash of the Titans" or even "The Poseidon Adventure," a stupefying list of remakes have been announced for films that landed with a thud the first go-round.

On the boards from raids on Hollywood’s back catalogue are everything from cheesy ’80s comedies such as "Real Genius" and "Overboard" to comic-book adaptations that bombed like "Red Sonja."

Remember how bad "Overboard" was? 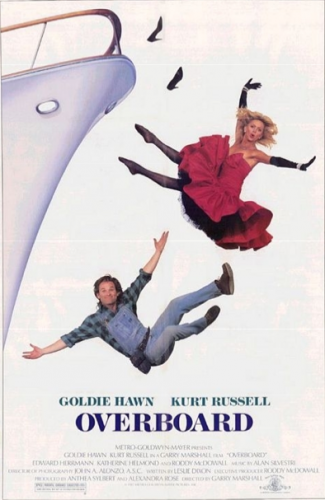 If you were among the unlucky ones to see the film, hopefully a nice case of amnesia like the one that befalls the spoiled heroine played by Goldie Hawn has kicked in by now. Otherwise, in the word of "The Washington Post"s’ Rita Kempley, the memories that remain are liable to be of " … one-dimensional characters, a good long look at Hawn’s buttocks and lots of pathetic sex jokes."

(See slideshow: "Remakes and Reboots No One Saw Coming.")

Hollywood has been remaking movies since its earliest days, but it used to turn to things that were hits the first time, Jonathan Kuntz, a professor of film studies at the University of California, Los Angeles, told TheWrap.

As for what the studios bankrolling the recent spat of dud remakes are thinking, their rationale remains purely speculative as they declined to comment for this article.

Though past instances of spinning flops into gold are rare, Kuntz points out that there have been exceptions.

"Gladiator" was essentially a rehash of a little known bomb, 1964’s "The Fall of the Roman Empire," yet it was a box office smash, bringing in $457.6 million worldwide in 2000 and winning an Oscar for best picture.

But "The Fall of the Roman Empire" had a sweeping historical backdrop and the destruction of one the of world’s greatest civilizations as a centerpiece — dramatic fodder that would explain why studios would be amenable to another trip back through time. 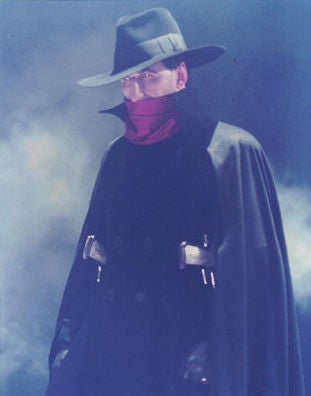 Not so "Overboard." Currently in development at Sony and Overbrook Pictures, the Goldie Hawn and Kurt Russell vehicle seems an odd choice for a remake.

Though it has enjoyed a healthy second life on cable, it had a pretty ignominious initial run back in 1987. It was critically lambasted and sank at the box office — never going higher than seventh on the charts and stumbling to a $26.7 million gross.

In this current incarnation, Jennifer Lopez — hardly a comedienne in the class of Hawn, and not much of a box-office draw of late — is rumored to be taking over the role of the spoiled heiress who learns that money isn’t everything after a spill off her yacht causes her to wind up with a working-class family.

Continuing the spirit of second chances, Sam Raimi will try to relaunch "The Shadow," a masked vigilante whose origins lie in the radio days of the 1930s. When Alec Baldwin (pictured right) essayed the title role in 1994, the movie was a commercial dud, costing $40 million to produce and only making $48 million worldwide.

While the notion of a re-imagining in this age of graphic novel based film successes might seem tempting, the track record is spotty. After all, that’s what Louis Leterrier tried with "The Incredible Hulk" in 2008 — with Edward Norton in the lead — and that was as cooly received as its Ang Lee-directed predecessor just five years earlier

The 2003 film cost $137 to make and grossed a disappointing $245 million, and the 2008 overhaul cost $150 million and grossed $263 million. With inflation taken into account, fewer people went to see Hulk’s sophomore effort than did his film debut.

"Maybe some fanboys were happy, but aside from showing up in an ‘Avengers’ movie, Hulk won’t be back," Jeff Bock, an analyst with Exhibitor Relations, told TheWrap.

At least the thinking behind a "Dune" remake is more understandable. 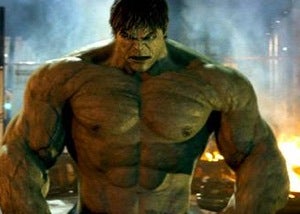 Based on Frank Herbert’s popular 1965 novel, "Dune" was a notorious bomb when it was released in 1984. It cost a then astronomical $40 million to make and brought in a mere $29.7 million at the box office. It was considered such a train wreck that director David Lynch publicly distanced himself from the project.

The science fiction series of books, however, was a publishing phenomenon, meaning that if filmmakers can get it right this time, they could have a lucrative franchise on their hands. Factor the potential for sequels into the equation, and "From Paris With Love" director Pierre Morel and "Shock and Awe" screenwriter Chase Palmer’s plans to embark on a big budget remake for Paramount Pictures seem to make a lot more sense.

Indeed, if you’re going to remake a movie, then something like "Dune" might be the way to go, says Vincent Bruzzese, president of the motion picture division for the research film OTX.

"Maybe the special effects weren’t available to make the movie right the first time, and now with 3D and CGI they are," Bruzzese told TheWrap. "Then you have something new to offer."

Add to that the fact that even a tainted brand still boasts some name recognition, and the temptation for trying to patch up some past shipwrecks becomes more logical.

"These products are more easily branded, particularly in foreign markets," Bock said. "With a recognizable name they’ll have no problem selling international markets."

One place Hollywood seems to have had consistent success with lately is in rebooting not necessarily duds but franchises that grown stale. Witness "Batman Begins" and "Star Trek."

And that’s where "Godzilla" comes in. Roland Emmerich’s Matthew Broderick-starring 1988 remake may have made money ($379 million, worldwide), but it was so universally reviled that another big-budget, big screen adventure seemed unlikely.

Enter Legendary Pictures. Last week, the company announced that it planned to give the Japanese urban destroyer another opportunity to wreck havoc.

In a release announcing that the film character would be reimagined yet again, Legendary and Warner Brothers emphasized the franchise’s bona fides — the films, videogames and television shows in which the lizard has been involved.

There was nary a mention of the Emmerich "Godzilla."

The trend, for now, seems likely to amplify. Particularly as the advent of computer graphics and 3D technology means that crusty action films like "Clash of the Titans" or "Tron" can get modernized for new generations of moviegoers.

"It seems like we’re swimming in nothing but remakes," Kuntz said. "There’s a belief that the core audience of teens and young adults turns over rapidly, so everything old is new again.

"When they get to ‘Citizen Kane’ it’s time to stop," he adds.