Katty Kay resigned from her role as Ozy Media’s executive producer and senior editor Wednesday amid the fallout from a New York Times exposé of the venture. She was hired in May. The veteran journalist frequently appears on MSNBC.

“I have resigned from Ozy Media,” she said in a statement posted to Twitter just after appearing on MSNBC’s “Morning Joe” earlier in the day to talk about former White House press secretary Stephanie Grisham’s forthcoming tell-all. “I had recently joined the company after my long career at the BBC, excited to explore opportunities in the digital space. I support the mission to bring diverse stories and voices to the public conversation. But the allegations in the New York Times, which caught me be surprise, are serious and deeply troubling, and I had no choice but to end my relationship with the company.”

Kay’s departure is the latest of several moves by top executives at the company since Sunday’s exposé was published. 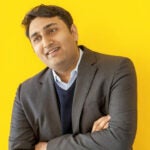 Harry Hawks, the former executive president and chief financial officer of Hearst Television, will serve as interim CFO as the company’s board reviews its business operations.

Ozy Media asked its COO Samir Rao to take a leave of absence Tuesday after the damaging report revealed that he had impersonated a Google executive on a fundraising call with Goldman Sachs representatives.

“Following reports of conduct that is not in keeping with our standards or values, Ozy has engaged Paul, Weiss, Rifkind, Wharton & Garrison LLP to conduct a review of the company’s business activities. We have also asked Samir Rao, Chief Operating Officer, to take a leave of absence pending the results of the investigation,” the Ozy board of directors said in a statement.

Also on Tuesday, CEO Carlos Watson pulled out of hosting the documentary Emmys.