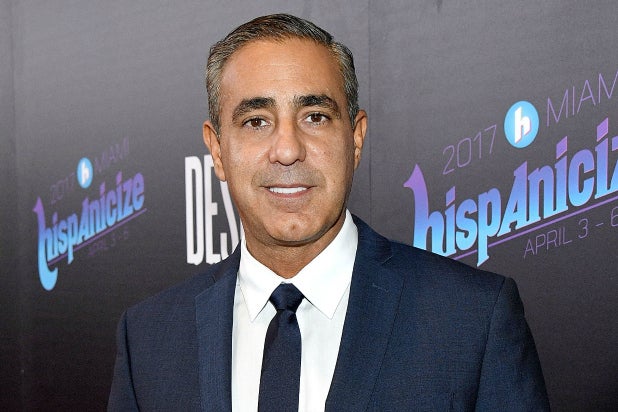 Ozzie Areu and his brother Will Areu, who serves as the co-chairman for Areu Bros., announced last year they had formed the production shingle and bought Tyler Perry’s former campus in order to build a multi-faceted media company focused on TV and film projects, as well as music and technology.

The acquisition will, Areu hopes, immediately help him push into content development and distribution.

“Endavo is a revolutionary platform that has been working within our ecosystem to develop new models of distribution,” Areu said in a statement. “Throughout the process, I discovered how forward-looking, multi-dimensional and adaptive Endavo is. For me, this unique match is perfect for the evolution of our business plans. The synergistic nature of our union will result in a first-of-its kind entertainment universe.”

Areu founded Areu Bros. with his brother after having served as president of Tyler Perry Studios, where he worked for 13 years, starting as Perry’s assistant and right hand. Areu Bros. bills itself as the first major Latino-owned and operated movie production studio in the U.S.

While at Tyler Perry Studios, Areu produced more than 900 episodes of television, including nine hit series, as well as 17 films and 6 stage plays, amounting to nearly $1 billion worth of production.

Last June, Areu Bros. added seven-time Grammy Award-winning artist Gloria Estefan to the company as a partner. In her role, Estefan will create and package content for the company across all platforms including music, TV, film and short form content.

With Tuesday’s acquisition Areu will join Endavo’s board of directors and will continue to work with the company’s CEO Paul Hamm to open new markets, forge expanded content relationships and form strategic alliances with major studios, networks and international output partners.

Endavo has been in the OTT space for roughly a decade, primarily focusing on digital media and TV service providers. Today, the company provides end-to-end video services delivery, turnkey content management and service creation, content and channel aggregation, and distribution for content creators.

“We are OTT pioneers and have been developing our platform over the years to meet the current and future needs of digital media companies and content creators who want to go over-the-top,” Hamm said in a statement. “This crescendo has led us to this exciting new relationship with Ozzie. Our visions are aligned – to lead the media & entertainment industry by fueling the next generation of content creation, distribution, consumption and monetization. We are now executing together on that vision.”

In addition to the acquisition, Endavo announced a rebranding of their offering as a Video Distribution Automation™ (VDA) platform, which is now integrated with Youtube and Vimeo’s Application Programming Interface (API) and allows creators to log into Endavo and actively manage their YouTube channel and Vimeo page directly from the platform, without having to also upload to those popular creator platforms.