Ozzy Osbourne blames gun violence in the United States as the reason he and his wife Sharon will be moving back to the U.K.

“Everything’s fucking ridiculous there,” the singer said of America in a recent interview with The Observer. “I’m fed up with people getting killed every day. God knows how many people have been shot in school shootings. And there was that mass shooting in Vegas at that concert… It’s f—ing crazy.”

“And I don’t want to die in America. I don’t want to be buried in fucking Forest Lawn,” he continued, referencing a quite famous cemetery in L.A. where many celebrities have been buried. “I’m English. I want to be back. But saying that, if my wife said we’ve got to go and live in Timbuktu, I’ll go.”

Ozzy and his wife, Sharon, will be retreating from Los Angeles after 20 years in the Golden State. Earlier this month, he surprised the crowd at the closing ceremony of the Commonwealth Games with a performance of “Paranoid.” 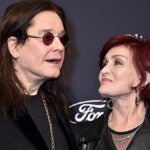 He’s been in a rocky position with his health recently, after being diagnosed with Parkinson’s in 2019. Earlier this year, he also underwent major surgery. However, Sharon insisted to The Observer that their move to the U.K. has nothing to do with Ozzy’s health.

“I knew people would think that. It’s not. It’s just time. America has changed so drastically,” she said. “It isn’t the United States of America at all. Nothing’s united about it. It’s a very weird place to live right now.”

Their move also doesn’t signal the end of Ozzy’s career, either. If anything, it will open the door for new music and potentially even another tour, he said.

“I’ll give it the best shot I can for another tour. You have not seen the end of Ozzy Osbourne, I promise you,” Ozzy told the outlet. “If I have to go up there and die on the first song, I’ll still be back the next day.” 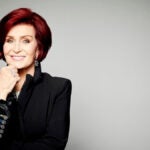