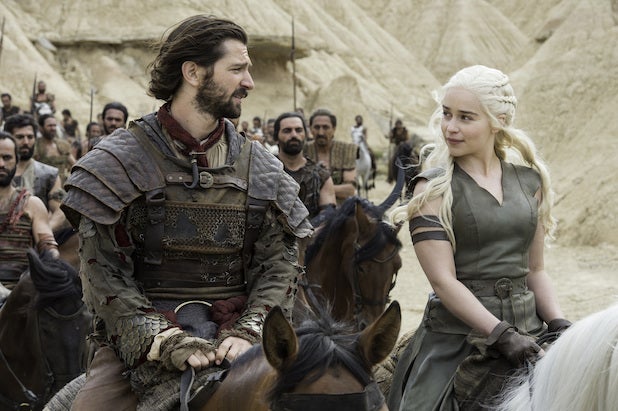 Maybe it’s time for a new HBO series: “Media Titan: The Alexander Graham Bell Story.” It would be a story full of crazy twists and turns, with the most recent ones leading Ma Bell to the verge of taking over the cable network that rewrote the rules for TV.

All but cave dwellers now know that AT&T — the successor conglomerate to the company founded in 1877 by Bell, inventor of the telephone — over the weekend made an $85.4 billion bid for Time Warner, the U.S. media stalwart whose lucrative properties include HBO, home of “Game of Thrones,” “Westworld” and many other acclaimed programs.

Hard as it may be to believe, the humble phone has come out on top in the 21st-century media universe. At least for now.

Time Warner’s portfolio also includes the Warner Bros. movie and TV studios, CNN and more magazines than anyone has time to read anymore, now that every smartphone offers Facebook, Snapchat and all other manner of distractions. But HBO is clearly a top prize. Small wonder: the premium cable network, with 34 million U.S. subscribers, is one of the most profitable brands in entertainment, able to spit out more than $500 million in operating income each quarter, despite high expenses for audience favorites as “GoT.”

“Premium content always wins,” AT&T Chairman and CEO Randall Stephenson wrote in a statement announcing the deal. “It was been true on the big screen, the TV screen and now it’s proving true on the mobile screen. We’ll have the world’s best premium content with the networks to deliver it to every screen.”

The benefits to AT&T seem clear enough. But what will the proposed merger — which still must clear shareholder and regulatory hurdles — mean for HBO?

Already some experts worry, Stephenson’s claims to the contrary, about a loss of access for consumers.

“Does this mean if I want HBO, do I have to have AT&T?,” wondered Tom Nunan, a TV producer and former executive who teaches at UCLA School of Theater, Film and Television. Having completed its purchase of DirecTV in 2015, AT&T could, theoretically, make a satellite subscription a prerequisite for getting HBO.

Meanwhile, management continuity could be disrupted. Richard Plepler, the CEO of HBO, has won plaudits for steering the network to “GoT” and beyond. He could even be a plausible successor to Time Warner boss Jeff Bewkes, running the softer “content” side for a newly merged AT&T. But mergers almost by definition create new rivalries and imperatives in the corner suite, and it’s possible that HBO executives might quickly find themselves answering to new bosses in a revamped corporate structure.

Then there are concerns about price. Beneficial as they may be for shareholders and executives, mergers seldom deliver the best value for consumers.

HBO currently charges about $15 a month. That’s about 50% more than Netflix charges for its standard plan. AT&T could even bundle all the popular Time Warner networks, such as HBO, CNN and TNT, under one umbrella and charge a premium price for it, say $25 a month or more.

“All of the Time Warner properties could become an app, the way Netflix is,” Nunan said.

A spokesman for HBO referred questions about the merger to Time Warner, which declined to comment on the record.

For now, there may not be much change at all. Stephenson is saying publicly that he wants Time Warner to continue operating as it has been. Insiders point out that the company has little reason to want to keep HBO to itself, as it makes money by getting as many subscribers — and being on as many cable platforms — as possible.

But mergers happen for a reason. With this one, AT&T is clearly betting that Mr. Bell’s humble invention is the key to keeping fan favorites like “GoT” in front of consumers for decades to come.

Where Was 'Westworld' Filmed? Your Guide to the Dizzying Locations (Photos)