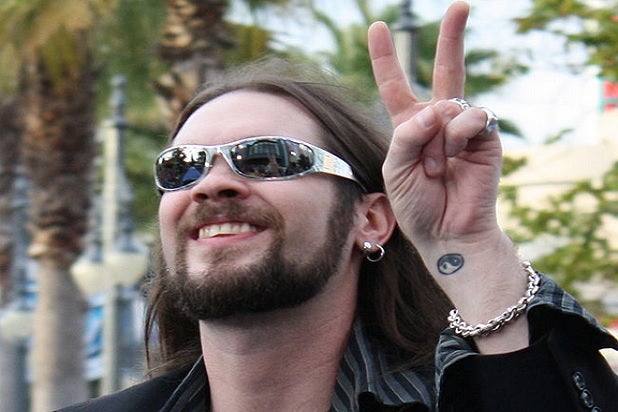 UPDATED, Tuesday, 7:30 p.m.: Bo Bice has made peace with Popeye’s. The singer tweeted Tuesday night, “I asked the employee [not] be fired, got apology, done. People should have more respect for one another & not use demeaning language.”

I asked the employee????be fired, got apology, done. People should have more respect for one another & not use demeaning language @TheWrap ✌????️ https://t.co/pQHfplbrfg

Bo Bice has threatened to set his lawyer on the Popeye’s fast food chain, after he says he was referred to as a “white boy” by a restaurant employee.

In a Facebook post Monday, Bice — a runner-up in Season 4 of “American Idol” — wrote, “All I wanted was an apology… Now, Popeyes’s [sic] will be hearing from my attorney.”

In an interview with Atlanta’s Fox 5 published Tuesday, Bice said that he was subjected to the racially-charged language at a Popeye’s on Friday at Hartsfield-Jackson International Airport in Atlanta.

“The three ladies behind the counter asked whose food it was,” Bice said. “Just when I turned around, one of them said ‘that white boy.'”

The comment left a seriously bad taste in the singer’s mouth, with Bice suggesting a double standard was at play.

“If tables had been turned and I used something as insensitive like that … I would be boycotted, people wouldn’t buy my albums,” Bice said.

Bice added that the treatment he received was symptomatic of a larger issue that needs to be addressed.

While Bice’s Facebook post saying that Popeye’s would hear from his lawyer remained published as of this writing, a spokeswoman for the restaurant chain told TheWrap that the franchise owner has “been in touch” with the singer, adding, “I understand Mr. Bice told the General Manager he appreciated the phone call and the corrective action they took.”

In a statement, Mack II Inc., which operates the franchise, said, “Mack II, Inc. is very sorry that the incident occurred and for any pain or embarrassment that Mr. Bice experienced.  The company does not condone the behavior of one of our associates and we took corrective action as soon as we were made aware of the incident. Also, we will require re-training of our associates to ensure this isolated incident does not occur again. In addition, Mr. Bice has been issued an apology by the General Manager. We value all of our customers regardless of race, religion, age, disability, gender, etc.”

Watch Bice discuss the situation in the video.