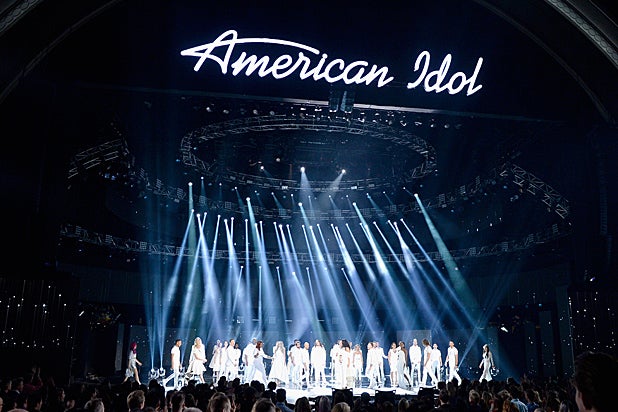 ABC and FremantleMedia are readying a deal to reboot “American Idol” at the network, TheWrap has learned.

The network is expected to officially announce its plans to revive the Fox reality singing competition for a March 2018 premiere at its Upfronts presentation next week.

TMZ previously reported that the network placed a bid with producers, hoping to relocate the Fremantle-produced show to New York City and bring back Ryan Seacrest as host. A relocation would have been necessary as Seacrest was recently named the new permanent co-host for Kelly Ripa’s daytime talk show “Live.”

As TheWrap previously reported, the iconic singing competition, which ended after 15 seasons on Fox on April 7, 2016, has been aggressively shopped to other networks, with NBC previously emerging as a top contender. However, those talks reportedly fell through due to disagreements between producers Fremantle and Core Media Group.

“American Idol” — which was created by Simon Fuller and produced by FremantleMedia North America and 19 Entertainment — ran from June 11, 2002, to April 7, 2016, on Fox. In addition to receiving 59 Emmy nominations and eight Emmy Awards, “American Idol” served as the launching pad for stars like Kelly Clarkson, Carrie Underwood, Jennifer Hudson, Adam Lambert, Chris Daughtry and Phillip Phillips.

Past contestants have gone on to create more than 450 Billboard No. 1 hit songs; win 13 Grammys, two Golden Globes and an Academy Award; and sell more than 60 million albums — which have collectively become more than 80 platinum records and 95 gold records.