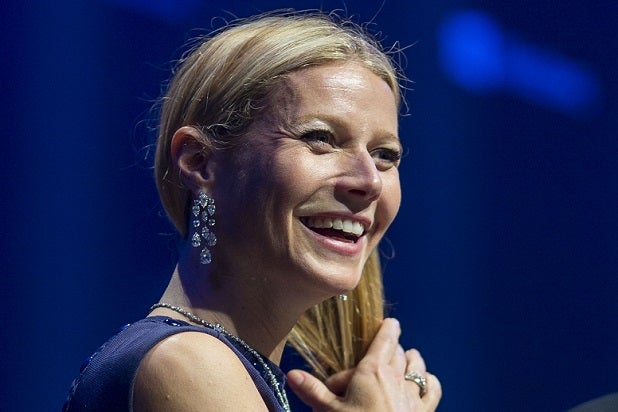 Gwyneth Paltrow is a boho-elitist to the core — so might say her detractors after reading a profile published Wednesday in The New York Times Magazine.

Over glasses of wine and a clam dinner at the actress’ Los Angeles home, reporter Taffy Brodesser-Akner delved into Paltrow’s lifestyle-and-wellness e-commerce business, Goop. Both Paltrow and her company have been targets of internet vitriol because of the star’s seemingly unattainable lifestyle.

Paltrow, who won an Oscar for “Shakespeare in Love,” said she decided to stop acting (her last film was “Avengers: Infinity War”). The reason? Because she felt like she didn’t have “true agency.” Instead, Paltrow focused more fully on Goop, which she grew from a newsletter to a full-fledged brand.

Brodesser-Akner describes the actress as the company’s “martyr” — a moniker Paltrow appears comfortable with as the profile unfolds. From her musically-inclined children to her smoking habits, here are six of the Goop-iest, Paltrow-iest takeaways from the article.

1. Gwyneth Paltrow Doesn’t Have a Butler, but a “House Manager”

When Brodesser-Akner asked if the man who opened the door for her and served her a glass of wine was Paltrow’s butler, Paltrow responded with, “No, he’s a house manager.”

Apparently, Paltrow’s eldest child, Apple, resembles her mother’s “Royal Tenenbaums” character, Margo. During the interview, she traipses into the kitchen with eyeliner and a blunt bob.

3. Paltrow’s Ex-Husband Chris Martin Still Comes Over to Play Music With the Kids

The Coldplay frontman, with whom Paltrow “consciously uncoupled” in 2014, made a brief appearance in the interview. In a sweet moment, he asks Paltrow if he should keep the doors to the room open so that she could hear them play. She answers “yes” and soon after hears Apple strumming the first notes to “Blackbird” on guitar.

4. She Smokes Cigarettes “a Few Times a Year”

Paltrow said she keeps a pack of Nat Shermans hidden away in the house, but contrary to the belief that she smokes one a week, she said the last cigarette she smoked was in February.

Also Read: 'Game of Thrones' Final Season to Premiere in First Half of 2019

5. She Screamed “VAGINA” in a Harvard Classroom

Paltrow hosted a Q&A in a Harvard Business School class that focused on her strategy behind Goop. She countered experts criticizing her practices by saying that they contributed to a “cultural firestorm” around a woman’s vagina, one that can be monetized. Following a silence in the classroom, she then yelled “VAGINA! VAGINA! VAGINA!”

6. She Doesn’t Understand Why People Hate Her

The crux of the profile seemed to be a focus on the hate surrounding Paltrow and her brand, and why there was so much of it.

“I remember being like: Really? More than, like, Chris Brown? Me? Really? Wow. It was also the same week that I was People’s Most Beautiful Woman. For a minute I was like: Wait, I don’t understand. Am I hated to the bone or am I the world’s most beautiful?” she said.

Paltrow wondered out loud, “Is it because I have discipline?” Brodesser-Akner assured readers that Paltrow didn’t think that she was perfect, but that her success is a result of hard work.