Grab your power pellets. A live-action movie based on the Pac-Man character and arcade game is in the works with actor Justin Baldoni’s Wayfarer Studios partnering with Bandai Namco Entertainment to produce the film. 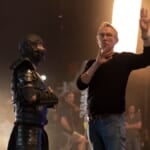 “Pac-Man” is the classic arcade video game originally released in 1980 by Bandai Namco Entertainment Inc. (previously Namco) in which players take control of a yellow, puck-shaped hero who navigates his way through a series of mazes in a race to chomp miniature pellets, all while being chased by four colorful ghosts.

The game became wildly successful in the ’80s in the U.S. and swept the nation with “Pac-Man Fever,” eventually releasing follow-up games such as “Ms. Pac-Man” and endless different merchandising, branding, TV series and songs.

Wayfarer, which is behind the Disney+ feature “Clouds” and is also at work on projects “The Senior” and “Empire Waste,” recently received a $125 million investment in order to fuel its strategic growth. 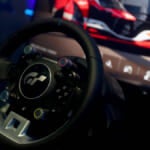